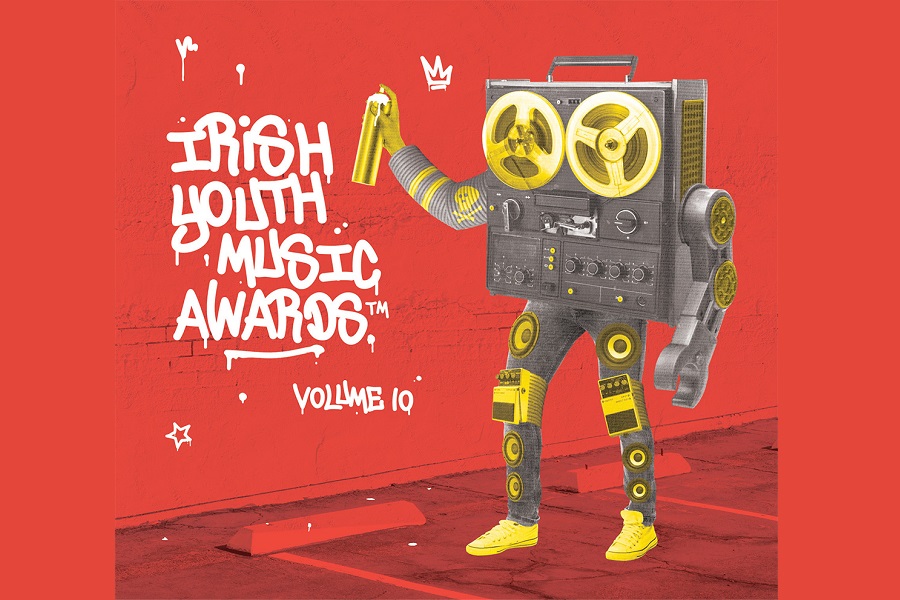 Youth Work Ireland’s Irish Youth Music Awards (IYMAs) is very excited to celebrate the release of IYMAs volume 10 an album featuring ten young up and coming musicians from Galway and Meath. The album will be released on Friday October 6th available digitally and on CD with I-Tunes pre-orders now live here. This album was produced in Herbert Place Studios giving the young musicians the opportunity to follow in the footsteps of Muse, Kodaline and Gavin James. The album was mastered in Wav mastering who have worked with David Bowie, The Foo Fighters and Damien Rice.

Last year’s album stormed the charts entering at number five! To mark the album launch, IYMAs are hosting an all ages concert in Monroe’s in Galway with over ten acts performing on Saturday October 7th with doors at 2pm with more info here.

“It’s been a brilliant year for the Irish Youth Music Awards as we marked our ten-year anniversary and our biggest programme and National Day yet. We are very excited to release IYMAs Volume 10 to mark this milestone as this album is a brilliant testament to the brilliant work of each young person that participated in the programme this year. We are encouraging everyone to pick up a copy of the album by pre-ordering it now on I-Tunes or by buying it during the week of October 6th and 12th so we can get it into the Irish charts and help shine a light on the future of our Irish music industry.” said Irish Youth Music Awards Director Barry Lennon

The album release marks the launch of the IYMAs programme in youth clubs and projects across Ireland with regional events being planned now. The Irish Youth Music Awards is a youth music educational programme helping young bands, musicians and young people aged 12-19 to learn new skills within the creative and music industries and acts as a stepping stone between further education or employment opportunities. Aimed at creating teamwork and friendship at local level, the Irish Youth Music Awards also provides first hand work experience for participants in all areas associated with the music business such as PR, stage management, graphic design, photography and creates spaces for acts to perform on a local level through the IYMAs hubs.