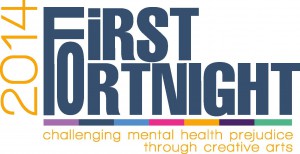 The album is now available in a variety of digital formats from Bluestack Records Bandcamp page – http://bluestackrecords.bandcamp.com/album/there-is-a-light

An exclusive launch gig featuring There is a Light artists will also take place in Whelan’s, Dublin on Thursday May 29.

Proceeds will go to First Fortnight as part of the Green Ribbon Campaign. Green Ribbon is a social movement to encourage a national conversation about mental health.

Throughout May hundreds of local and national events will take place as part of Green Ribbon led by 90 partner organisations, hundreds of volunteers and 50 campaign ambassadors with real-life experience of mental health problems ready to share their own stories to help others and end stigma.

Other acts featured on There Is A Light include Dylan Tighe, The Altered Hours, Sacred Animals, Hidden Highways, Ambience Affair, The Casanova Wave and Winter Aid.

There is a Light is a project of Donegal-based Bluestack Records who also drew on acts from Out on a Limb Records & Champion Sound Recordings.

All the musicians involved have donated their works to this project for free, as has artist Jacob Stack who contributed artwork to the project.

Mark Willis founder of Bluestack Records said the album was conceived to “shine a light on some fine talent on independent Irish labels,” but to also “address in some small way the elephant in the room that is mental health”.

He added: “Perceptions are changing, thankfully, but more needs to be done to highlight and dispel some of the myths and stigma that surrounds our mental wellbeing: Mental health is one of the most fundamental things we each have in common: Cogitamus, ergo sumus – We think therefore we are. Our thoughts, our emotions – our mental faculties are part of us and yet, so very often – and for numerous reasons, we don’t or can’t take care of them very well.

“There is a Light will, I hope, in its own small way, shine a light on the issues of mental health and peel off a layer or two of stigma.  I was inspired in this regard by the First Fortnight and everything they stand for: It is ok to feel down. It is ok to talk about how you are feeling. It is ok to be interested in things away out there at the edge of the map.”

JP Swaine of First Fortnight added: “First Fortnight began with a small group of musicians coming together to highlight how the arts can play its part in challenging the prejudice, discrimination and stigma surrounding mental ill health. There is a Light, in many ways, is a return to basics for First Fortnight. We are really proud to play our small part in Green Ribbon month, which has been brilliantly developed by our close partners See Change. Live music events and recorded music is for many of us our earliest of ways of accessing our difficult feelings and making sense of them. We hope everyone can join us in Whelans on the 29th.”

There is a Light is available to download from May 1st in a variety of digital formats from:

There is a Light will be launched at a special event in Whelan’s on May 29th featuring performances from some of the artists involved. Tickets from whelanslive.com and entertainment.ie with proceeds going to First Fortnight as part of Green Ribbon month.