MusicTown Festival Returns to Celebrate the Capital’s Melodies and Maestros 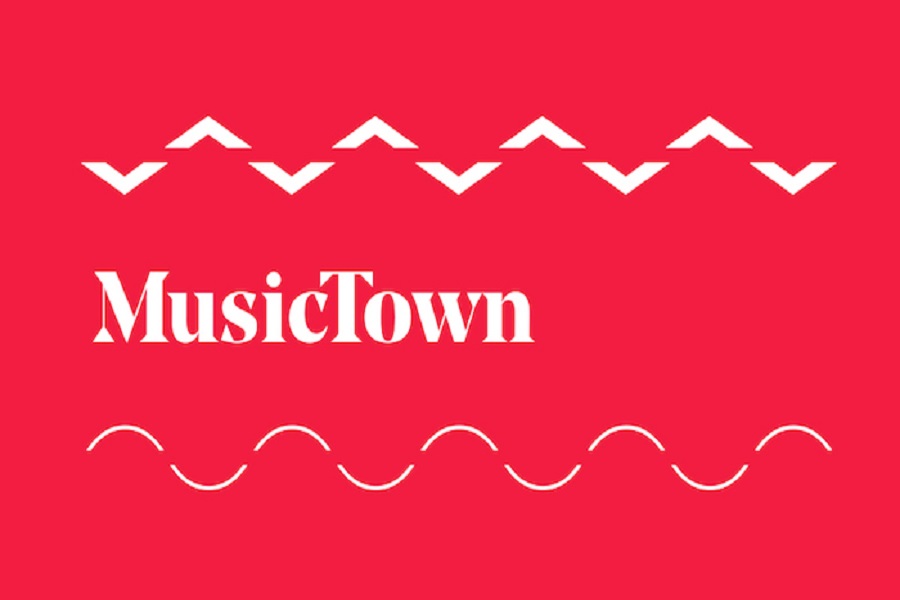 Dublin will celebrate its rich melodic heritage and modern-day musical maestros as MusicTown returns for its second year this April 6th to 17th. Organised by Dublin City Council, the festival showcases the vast musical talent and vibrant musical culture that permeates throughout our Capital City. MusicTown’s eclectic programme has something for all ages and interests, celebrating all types of music created and enjoyed throughout the city today; from classical to pop, trad to rock, psychedelic to opera, electronic and everything in between. Some events are free and some have a nominal charge. For further information and tickets visit www.musictown.ie

MusicTown is the story of music in contemporary Dublin. Its ten day programme will harness the city’s magical sounds and musical insights and amplify it to a wider audience. Commenting on the launch of this year’s festival Dublin City Councillor Ray McHugh said “Dublin city is known for its rich musical heritage from Handel’s Messiah to Count John McCormack to The Chieftans and Dubliners. MusicTown is a festival of exploration and education. I encourage people to use the festival to come out and explore, to find a genre of music you might not have experienced before, and to enjoy the wonderful music on offer in our city today. There’s something for all tastes in the diverse programme.”

The festival will bring music to some of our most respected institutions, venerable venues and beyond, with performances programmed in iconic and unexpected locations alike. Swedish superstar Neneh Cherry and her husband Cameron McVey, famed for producing Massive Attack’s ‘Blue Lines’ album, will take part in Banter at The National Gallery of Ireland, a public interview with Jim Carroll followed by a DJ set later that evening at Wigwam. Jazz and folk singer Mary Coughlan will stage a special music and theatrical performance inspired by her 2008 album ‘The House of Ill Repute’ at The Lab on Foley Street. Respected music blogger Nialler9 curates a gig with David Kitt, I Have Tribe and AE Mak in the Dublin Food Co-op in Newmarket Square; while young Irish trad music will be celebrated at ‘Trad Rising’ in The Button Factory, with performances from some of Ireland’s leading young trad bands including Lynched, Ye Vagabonds, Skippers Alley and Landless.

Handel remains an important strand to the MusicTown programme. ‘Messiah in the Street’, a stalwart of the Dublin choral calendar returns to commemorate the anniversary of the very first performance of Messiah on April 13th 1742 in The Great Music Hall on Fishamble Street; ‘Handel at the Chapel’ sees The Frideric Band perform a lunchtime concert of the renowned composer’s music in the beautiful surroundings of the recently refurbished Chapel Royal in Dublin Castle; Opera Theatre Company present a performance of ‘Ariodante’ with Christian Curnyn conducting in the atmospheric St. Patrick’s Cathedral; and Pat Liddy, well-known for his historical walking tours, will be on hand to take music lovers on a special Handel-inspired tour through the city.
For younger music fans and families, Thomas Johnston and Seán McElwain of Common Ground will bring the otherworldly realm of fairies to life in a traditional Irish music and arts performance against the beautiful backdrop of IMMA; while The Ark with the hilarious Graffiti Classics string quartet will introduce children to classical music in a fun and accessible way, encouraging them to join in with singing, dancing and making music.

Aoife McElwain invites festival goers to MVP to sing their hearts out at a special MusicTown edition of her popular Sing Along Social event celebrating ‘Divas’, featuring everything from Whitney to Celine. One of the festival’s more fun events, Ukulele Tuesday, invites beginners and experts alike to come along to The Stag’s Head for a musical get together, while jazz lovers can enjoy a night with renowned Dublin Blues musicians at JJ Smyths.

Other festival highlights include Cry Monster Cry, brothers Richie and Jamie Martin known for their songs which celebrate our story telling traditions, take to the stage at The Button Factory; ‘Choice Cuts presents Rusangano Family’ and their unique brand of dynamic bass-led music at The Sugar Club; and Grand Social will host a collaboration of musicians performing David Bowie’s Berlin. Helping to bring the festival to a close ‘Sonic Whispers’ at Whelans sees three bands (Bitch Falcon, Bunoscionn, Wounded Healer) from three different genres (Rock/Indie, Trad, Electronic) take to the stage for a night of music, Q&A and fun including audience participation, improvisation and collaboration.
MusicTown will unify the city, making its music relatable and accessible, instilling a sense of pride in Dublin’s musical heritage, legacy and artists. Concerts, master classes, workshops and talks will work together to celebrate our city’s music-makers – composers to lyricists, to conductors, singers, musicians and producers.