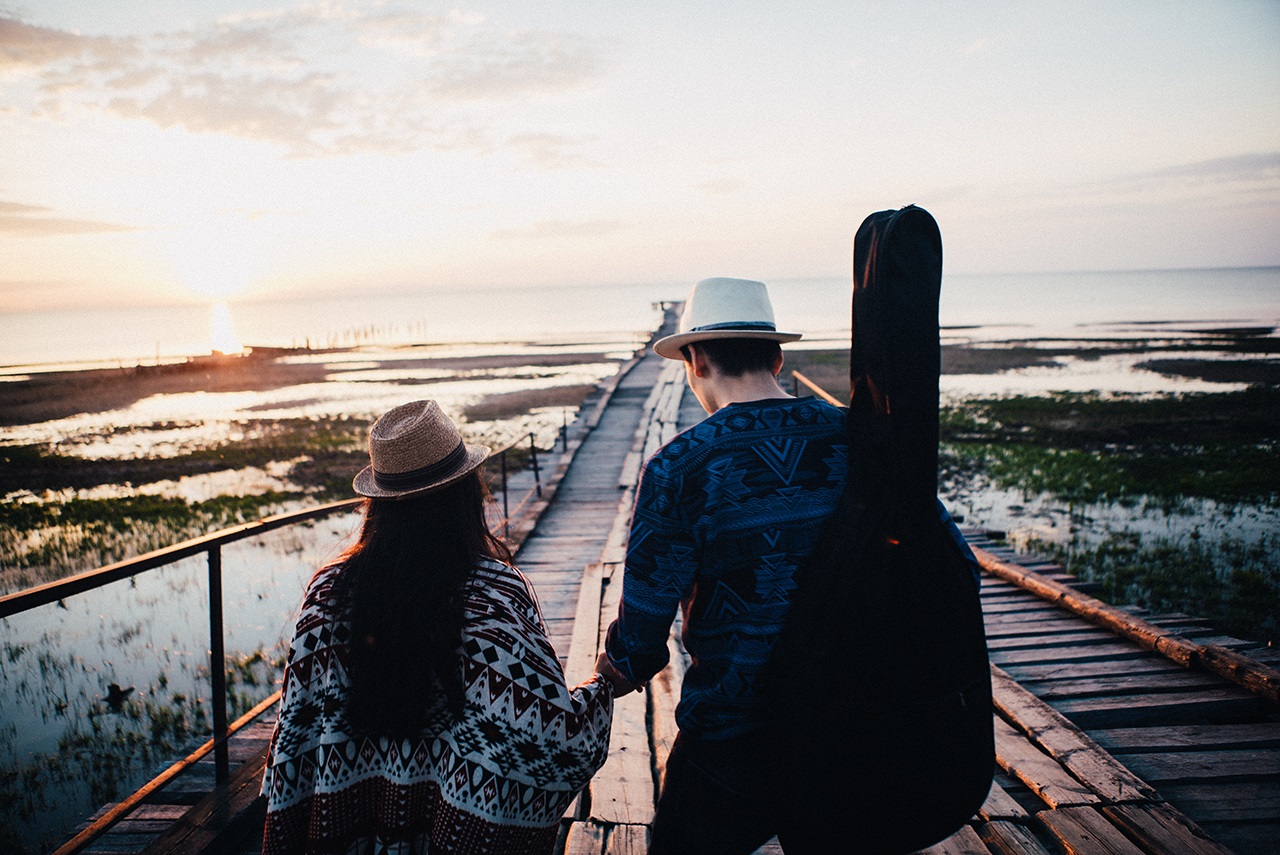 It is evening and friends have gathered. Conversation and conviviality abound. Eventually somebody requests a song. A reluctant member of the company known to have a ‘voice’ is identified and pressed to sing. Hush descends. The singer grows in confidence as the spell takes hold. Some listeners close their eyes while others hold hands and sway to the melody. The song might tell of unrequited love or of loss and pain due to death or emigration. The singer’s head is bowed now and the song concludes. A moment of poignant silence, then the warm praise.

The poet and musician have always been held in high esteem in Ireland. And there are certain songs that, though intimate expressions of love, are part of the fabric of our national identity. Gerard Hanberry, a poet from Galway, said, ‘I had often heard people speculating on who had inspired Patrick Kavanagh to put pen to paper and write “On Raglan Road”. Some of the speculation was so far from the truth that it spurred the idea of setting the record straight. From that seed the oak tree grew. I realised that there were many such songs inspired by interesting women that needed exploration.’

This lively account uncovers for the first time how ‘On Raglan Road’ and other great love songs came to be, and includes engaging biographies of the songwriters and their muses.

Hanberry continued, ‘The idea of the muse has always fascinated people, whether it is a mythical goddess who visits at her whim and must be courted or be it a real-life person who inspires a great love lyric.’

This is for anyone who ever wondered who the ‘Galway Girl’ was, or if there was a real-life ‘Nancy Spain’. Learn the often surprising, sometimes bittersweet but always absorbing stories of the real women who inspired some of the world’s finest love songs.

Gerard Hanberry is a prizewinning poet, biographer, musician and teacher. Widely published in Ireland and abroad, he is included in Penguin’s anthology Windharp: Poems of Ireland, 1916–2016. He gives regular talks and readings around the country. His book on the remarkable family of Oscar Wilde, More Lives Than One, was published in 2011.
Price €17.99 / £15.99 • Hardback • B&W photos • 264 pp 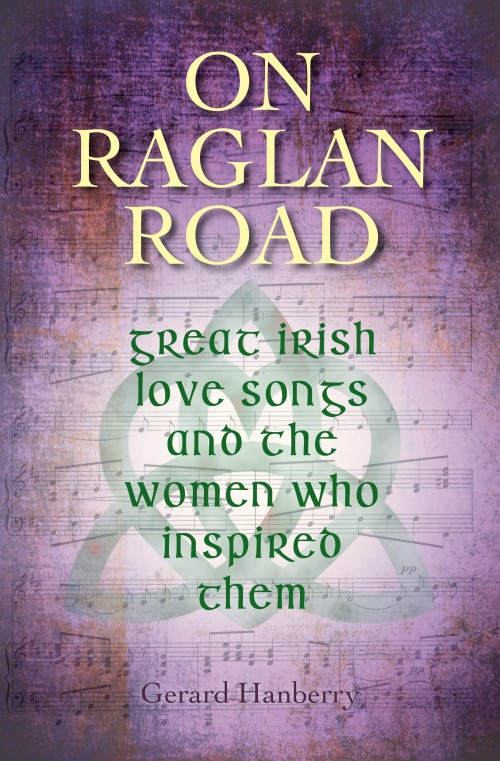 The Songs and the Muses

‘Úna Bhán’ – Tomás Láidir Costello: There are a number of different versions of the story, but each one ends in tragedy. Úna dies from a broken heart and Tomás is stricken with grief and guilt and he too eventually dies and is buried beside his darling Úna at Lough Key. Tradition has it that an ash tree grew up from each grave and the two trees entwined, forming a love knot.

‘Danny Boy’ – Blind Rory O’Cahan (Ruaidhrí Dall Ó Catháin) and Frederick Edward Weatherly: There are two women associated with this song: Jane Ross of Limavaddy who sent the tune to Dublin-based scholar and archivist Dr George Petrie; and Margaret Weatherly who heard some Irish immigrant miners playing the tune while living in Ouray, Colorado, and sent it to her brother-in-law Frederick, a prolific songwriter, who wrote the lyrics.

‘Down by the Salley Gardens’ – W. B. Yeats: Contrary to popular belief, Maud Gonne is not the inspiration behind William Butler Yeats’ beautiful lyric poem of unrequited love. Instead, it was inspired by two lovely young women the poet befriended in his late teens, a flirtatious young red-haired girl called Edith Laura Armstrong, known to her friends as Laura. She was William’s very first love. The other was the poet and author Katharine Tynan.

‘Gortnamona’ – William Percy French: ‘Gortnamona’ expresses the grief French felt at the tragic loss of his beloved first wife, Ettie. She died of septicaemia four weeks after giving birth to their daughter, exactly one year and a day after their wedding. She was only twenty years of age.

‘On Raglan Road’ – Patrick Kavanagh: This was inspired by Hilda Moriarty, a young student from County Kerry studying medicine at University College Dublin. She was interested in Kavanagh because he was well known about the town as a published poet and writer and she was more than a little flattered that such a man would take an interest in her. She also felt he needed some encouragement at that time as his writing was not going well.

‘Nancy Spain’ – Barney Rush: Barney Rushe, who was born in Sallynoggin in 1946, was still only in his late teens when he wrote ‘Nancy Spain’. The name was inspired by Nancy Brooker Spain, a prominent English journalist and broadcaster, but Rushe never revealed the name of the girl who inspired the song itself although his family believe she was a young girl who Rushe met in his teens – he was too shy to declare his feelings for her.

‘Sarah’ – Phil Lynott: This was written to mark the birth of his first-born daughter, Sarah Lynott, who was born on 19 December 1978 to Philip and his then nineteen-year-old girlfriend Caroline Crowther. Caroline is the daughter of the well-known English comedian, actor and TV personality Leslie Crowther but gave birth to Sarah in Holles Street Maternity Hospital because it was Philip’s wish to have his child born in Dublin.

‘Grace’ – Sean and Frank O’Meara: The chilling story of Grace Gifford’s macabre wedding to her fiancé Joseph Mary Plunkett in Kilmainham Gaol only hours before his execution is harrowing, and became the subject of one of Ireland’s most famous ballads. It might come as a surprise to learn that the song does not date from the time of the Rising but was written in 1985.

‘Past the Point of Rescue’ and ‘Crusader’ – Mick Hanly: When Mick Hanly was in his late twenties and struggling to make a living as a professional musician, he met and soon married a young girl who was ten years his junior. Her name was Úna Hanley and she was beautiful. Love and innocence: the script is as old as the world. Old also is the story of the touring musician out on the road trying desperately to make it pay and his young wife left behind alone at home. The marriage lasted three years. Even that was a miracle.

‘The Voyage’ – Johnny Duhan: Johnny met Maureen Biggins while playing with Granny’s Intentions at a gig in University College Dublin in 1971. It was to be one of the band’s final shows. Today, over forty years later, Johnny impishly recalls how she caught his eye from the stage because she was wearing a very short miniskirt that night in contrast to some of the other girls who were wearing maxi-style hippy dresses, which were then fashionable among the student set.

‘After All’ – Frank and Walters: It was during the summer of 1992, shortly after getting together with Katie Linfield, that Paul Linehan wrote his best-known love song, ‘After All’, inspired by his romance with his ‘posh’ English girlfriend. The lyrics reflect the love he felt for Katie but they also tell of the tensions in the relationship.

‘To You I Bestow’ – Mundy: Inspired by Kathryn Smeeth, from Sedona, Arizona, who Mundy saw while standing by the bus stop outside his parents’ pub in Birr. ‘She was dressed like a punk, with Doc Martens and a parka, tall, with a ring in her nose and red dyed hair. The song was included on the soundtrack for Baz Luhrmann’s film Romeo + Juliet, starring Leonardo DiCaprio and Claire Danes.

‘Galway Girl’ – Steve Earle: The Galway Girl of the title wasn’t from Galway! Joyce Redmond was actually from Howth just north of Dublin where her father was a fisherman. But her mother is from the Aran Islands at the mouth of Galway Bay so she qualifies as a real Galway girl. She spent every summer on the islands while growing up and continues to visit Inishmore regularly.

‘You Raise Me Up’ – Brendan Graham: ‘You Raise Me Up’ was originally an instrumental called ‘Silent Story’, composed by Norwegian Rolf Lovland of the Irish-Norwegian duo Secret Garden, winners of the 1995 Eurovision Song Contest with the composition ‘Nocturne’. Rolf later came to believe that his musical composition was somehow incomplete. It needed a lyric, but it had to be the correct lyric, one that was in complete harmony with the music. It was Fionnuala Sherry, Rolf’s musical partner, who put Rolf together with Brendan Graham after reading Brendan’s novel, The Whitest Flower.