Songwriters wishing to reserve a place at this seminar should send an email to ei.ormi@pihsrebmem to book a place.

An element of this seminar will feature a demo listening session. A number of tracks will be selected during the course of the seminar to be critiqued by Ralph. If you would like to have a track of yours considered please bring along a copy of the song in CD format, making sure to clearly mark your name and the name of the track on the CD cover and a please include a typed or clearly written copy of the song lyrics.

Paul Williams is an Oscar, Grammy and Golden Globe winning Hall of Fame songwriter. He is a recipient of The National Music Publishers President’s Award and is President and Chairman of the Board of ASCAP (the American Society of Composers, Authors and Publishers). 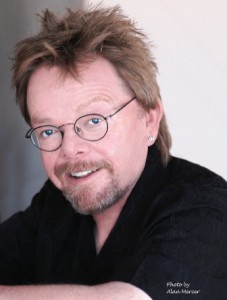 When asked which song is his favorite, Paul is quick to respond, “That’s easy! It’s “The Rainbow Connection”. It’s a thrill to hear my words interpreted by such inimitable talents as Willie Nelson, the Dixie Chicks, Sarah McLachlan, Judy Collins, Jason Mraz and Kermit the Frog!” “The Rainbow Connection”, from the children’s classic The “Muppet Movie”, is one of two Paul Williams’ songs that grace the American Film Institute’s list of the top movie songs of all time; the second, “Evergreen” is from the award winning Streisand/Kristofferson remake of A Star Is Born. Additional song scores include the cult favorites Phantom of the Paradise and Ishtar, as well as “The Muppet Christmas Carol”, “Bugsy Malone.”, and Emmet Otter’s Jugband Christmas, the latter of which has now been adapted for the stage. His recent work has remained wonderfully diverse, from creating and writing the songs and story for Disney’s A Muppets Christmas: Letters To Santa, to writing with the Scissor Sisters, to penning the music and lyrics for Garry Marshall’s theatrical sensation Happy Days.

Although most people came to know the witty Mr. Williams as one of Johnny Carson’s recurring favorites on The Tonight Show, or as an actor in dozens of films, television comedies and dramas, it is his musical legacy that continues to inspire. “We’ve Only Just Begun”, “Rainy Days And Mondays”, “You and Me Against The World”, “Just An Old Fashioned Love Song”,”Let Me Be The One” all remain pop classics and are performed by Paul in venues from New York to the Philippines.

Publicly lauded for his work as a songwriter, performer, actor and humanitarian, Paul predicts he’ll be remembered for playing Little Enos in the Smokey and the Bandit trilogy and for his lyrics to “The Love Boat” theme, although it is the lyrics from Bugsy Malone, recast for a recent Coke commercial, that aptly sum up his philosophy: “You give a little love and it all comes back to you; You’re gonna’ be remembered for the things that you say and do”. As a devoted husband to writer Mariana Williams and proud father, Paul considers his son Cole, and daughter Sarah, to be his best work.

Canadian songwriter Ralph Murphy has achieved near-legendary status in Nashville through his career as a performer, producer, songwriter, publisher, and most recently, Vice President, International and Domestic Membership, ASCAP.
He had his first UK Number One in 1965 with ‘Call My Name’ recorded by James Royal. Other hits followed with acts like Vanity Fair and The Brotherhood of Man.

In 1969 Ralph moved to New York as Director of Production for Belwin/Mills Publishing, where he produced demos for Broadway musicals and started two successful record labels. Among the many acts he produced during that time were legendary Canadian Rockers April Wine, for whom he produced two gold albums. He had a country hit in 1972 by Jeanie C. Riley ‘Good Enough To Be Your Wife’. With Roger Cook, he formed the Picalic Group and Pic-A-Lic Music Publishing and has had more than twenty Number One records and was publisher for Song of The Year, ‘Talking In Your Sleep’ by Crystal Gayle. Pic-A-Lic became one of the most successful independent publishers in Nashville and was eventually sold to EMI.

In 2006 Ralph had success in the UK charts with ‘21st Century Christmas’ (co-written by Paul Brady), a No.2 for Cliff Richard and again in 2011 in the Canadian Indie Charts with a No.1 song ‘Working at Christmas’, performed by Paul Brady and Terri Clark, written by Keith Donald, Ralph Murphy and Paul Brady. He is also an instructor for the respected Nashville Songwriters Association International Song Camps.