On Saturday 28th April, it is expected that up to 800 Young Musicians aged 12 – 19 will descend on Dublins Liberty Hall to take part in The National Final of The Irish Youth Music Awards (The IYMAs). 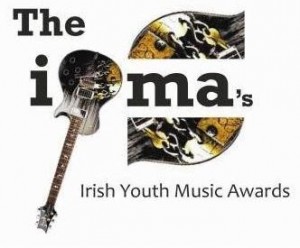 Commissioned By Youth Work Ireland, and organised by Dermot Lambert & his Garageland organisation, this programme has quickly gained a foothold in the Youth Calendar, bringing the Irish music industry into the direct company of the country’s next generation of musicians, journalists, photographers, technicians and fans.

From its excited and giddy first steps in September 2007, The IYMAs has gone on to encompass all of the major youth services in the Republic of Ireland and Northern Ireland, either directly or indirectly.

The IYMAs popularity with youth leaders stems from the aim of total inclusion which is stitched firmly into its unique formula, enticing teamwork through shared goals, and avoiding all X-Factor critiques of young and nervous performers at over 25 regional heats – indeed there are bonus points to any team who can prove that no judges had been involved in their local heats!

A total of 20 young bands, singer songwriters, rappers, will perform one song of their own, and one song from one of their peers at Liberty Hall, amid a carnival atmosphere of workshops for songwriting, vocals, photography, artist management, recording, dj-ing.

At the same time, their friends will also have a chance to show their genius as each regional team will have collaborated on building a mini record company for their chosen artist – it’s on all these efforts that the National Award is presented to a winning team.

The IYMAs has received much praise for its marriage of youth programming with the seemingly glamorous world of the music industry, and has been commended for its educational qualities.