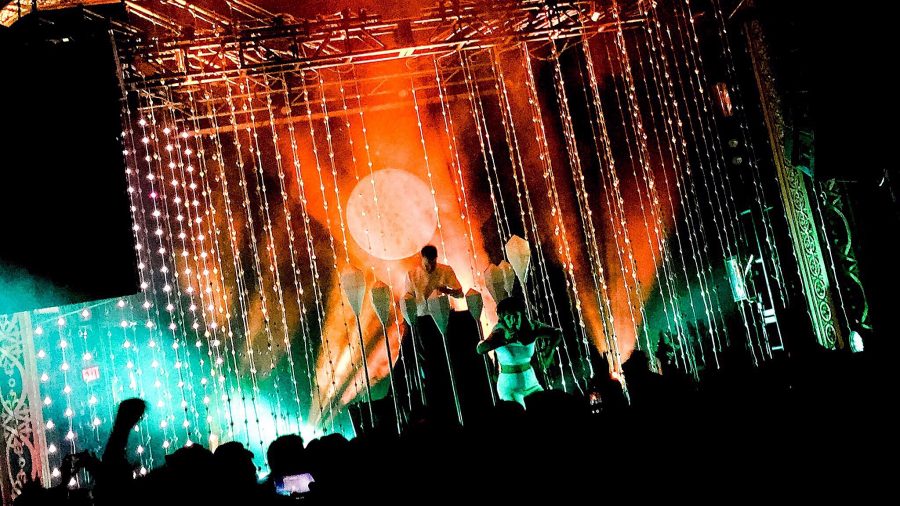 Vantastival returns to Beaulieu House and Gardens this June bank holiday weekend and the 2018 Festival will once again be “powered by” Volkswagen Commercial Vehicles, with Le Galaxie and The Stunning due to headline. Now in its ninth year, Vantastival is one of Ireland’s most unique independent music festivals, a relaxed and super friendly event attracting enthusiastic campervanners and music fans alike.

Le Galaxie, who have established themselves as Ireland’s top live dance act with their brand of thundering electro, will take to the Volkswagen Main Stage on Saturday 2nd June. The band’s third album ‘Pleasure’ is due for a full US and Europe album release in March. Also releasing a new album next month, 90’s Irish rock icons The Stunning will headline the Sunday night of Vantastival. One of Ireland’s biggest bands with a string of number one albums and hit singles, including the anthemic ‘Brewing up a Storm’, The Stunning are known for the quality of their live shows.

The festival returns to a 3-day format this year and the line-up also includes Irish/Sierra Leonean songstress Loah, who’ll bring her unique blend of genre-bending Afro-soul to Vantastival, while multi-instrumentalist RSAG will perform with a virtual band while his drums, vocals and sampler are mixed with an array of hypnotic imagery and silhouettes projected on-screen. Dublin rockers The Hot Sprockets, Choice Music Prize nominee Marlene Enright, critically acclaimed singer-songwriter Marc O’Reilly and the explosive trad of The Bonny Men will also appear at the festival. The bulk of the line up is yet to be announced and a large number of exciting up-and-coming Irish acts will be added to the bill in the coming weeks. Supported by IMRO, Vantastival has established its reputation for diverse and quality line-ups showcasing the very best of Irish music. The European Firestone Music Tour will also return to the event, with the Firestone Music Station proving one of the event’s most popular stages over the last couple of years. Over 70 acts are still to be announced and the full line up can be found at www.vantastival.com/line-up-2018.

Vantastival 2018 will take place from Friday 1st to Sunday 3rd June at Beaulieu House & Gardens, Drogheda.  Other attractions will include The Volkswagen Campervan Cook-off, interactive art installations, comedy, festival traders, a host of children’s activities and much more.  Vantastival has something for everyone, with or without a campervan. 3-day, 2-day and single day tickets are on sale now from www.vantastival.com and Eventbrite.ie.