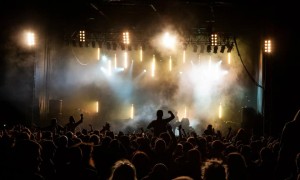 GLASGOWBURY have announced that they are accepting submissions from acts interested in playing at the 2013 edition of the festival.

The ‘Small But Massive’ event open submissions each year in order to give any interested act the chance to play at Northern Ireland’s Best Festival.

To put your name into the hat, just follow this simple process:

• Send an email to moc.yrubwogsalg@snoissimbus using ‘Glasgowbury 2013‘ as the subject title.

• Provide a link to your most recent recorded music.

• Include at least one main contact number for the act (two if possible).

Submissions will remain open until the end of January 2013 and next year’s line-up will be announced in the months following.

Glasgowbury 2013 will see the festival expand to a two-day event for the first time in its history and tickets are on sale now from www.glasgowbury.com