The winners of this year’s West Cork Chamber Music Festival in partnership with the Contemporary Music Centre Composition Competition 2014 have been announced, as follows:

Patrick Connolly for Extracts of music from the room next door,

The selected works will be premiered at the 2014 West Cork Chamber Music Festival, which runs from Friday 27 June to Saturday 5 July, as well as being presented at the Festival’s Young Composers Forum, directed by Deirdre Gribbin, on Saturday 28 June. The composer of each selected composition will be awarded a bursary of €500.

The West Cork Chamber Music Festival in partnership with the Contemporary Music Centre has held a competition for young Irish composers for the last five years. Each year, works for chamber ensembles have been selected to be performed in concert during the Festival and as part of the Festival’s public workshop programme. The competition has been a valuable opportunity for young composers to work with professional performers, to receive guidance from a leading composer and to hear their works performed. The West Cork Chamber Music Festival Composition Competition is supported by IMRO. 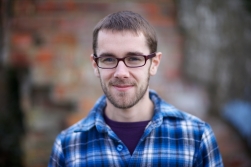 Connolly has written nearly thirty works for solo instruments, chamber ensembles and choir. He is currently undertaking a PhD in composition at Dundalk Institute of Technology.

Seán Doherty’s compositions
have garnered a number of awards 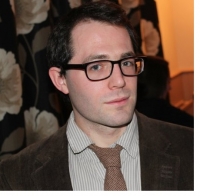 McAteer is based in Dublin and began composing at the age of fifteen. He graduated from the Royal Academy of Music with a bachelors degree in composition in 2011, and went on to win the Royal Philharmonic Society Composition Prize in 2012. Christopher is currently writing an opera based on the life of Roger Casement.

Amy Rooney is a 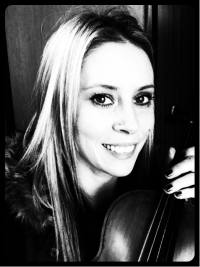 composer and violinist from Co. Down, currently studying for a PhD in composition at Queen’s University Belfast. Her research is focused on contemporary musical notation, with a particular interest in rhythm, investigating whether the pursuit of minute rhythmic inflections is best achieved through mathematically exact scores or through a more fluid notational approach.

The West Cork Chamber Music Festival is generously supported by the Arts Council and Failte Ireland. The Festival runs from 27 June to 5 July and bookings can be made online at www.westcorkmusic.ie or by ringing the office on 027 52788.