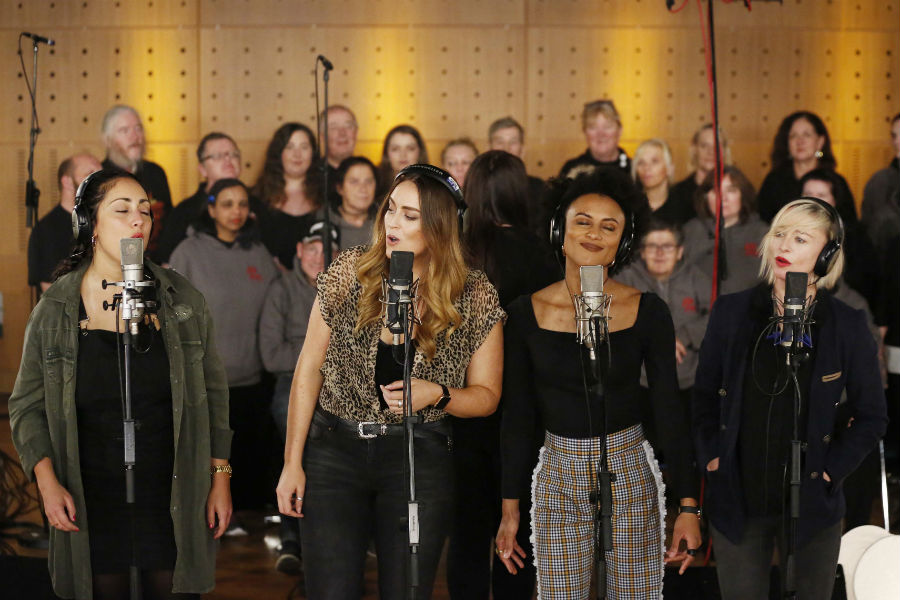 A host of Ireland’s musicians have joined forces as ‘Street Lights’ to create a single and album to generate funds for the most vulnerable, our homeless. Peter McVerry Trust, Simon Community Ireland and Focus Ireland will be the recipients of all profits of the single and album sales, which they have agreed will go directly to rehoming and rehousing on a national level.

The Street Lights collective, consisting of artists and Irish Music Industry professionals, have come together to record and release Simon and Garfunkel’s classic single ‘Homeward Bound’. Recorded in Camden Studios with producer/arranger Cian Boylan, the single features performances from a host of prolific artists including The High Hopes Choir, Gary Lightbody, Cathy Davey, Villagers, Loah, Bono, Roisin O, Join Me In The Pines, Saint Sister, Colm Mac Con Iomaire. Street Lights single ‘Homeward Bound’ is available across all digital platforms now and is followed by the release of the full ‘Street Lights’ album in December. People can also text street lights to 50300 if they would like to donate €4 to the Street Lights Project.

The release of the stunning Street Lights single is the brainchild of Keith Troy who was put in touch with Sinéad Troy of (IASCA/Yangaroo) for advice on how to make it happen. Sinéad Troy quickly realised the potential of the project – a planned single release evolved into an album campaign following conversations with Aoife Woodlock (Other Voices and Music Producer) and Janine Nallen (CEO of Celtic Collections and Liffey Records) with the trio working tirelessly to bring the Street Lights Collective together and bring the project to life. Along with the artists involved over 20 music industry professionals, covering areas from photography to public relations to design to marketing, have given their time and support for free to help raise much needed funds that will go directly to the three charities.

Speaking about the release of the single and album, Aoife Woodlock of the Street Lights Collective said:“Homeward Bound was the perfect song on many levels. At Christmas, so many are homeward bound from all over the world. This project was the coming together of the music industry in Ireland to stand up and to support our homeless citizens.”

Speaking about their involvement in the project, Annmarie Brennan communications and marketing manager for Dublin Simon Community said: “With the support of everyone involved, this will have a life changing impact to the lives of vulnerable people living in unimaginable circumstances. The funds raised will enable us to continue delivering more permanent homes, ensuring that people never have to face the uncertainty and anxiety of homelessness again.”

Focus Ireland advocacy manager Roughan MacNamara said of the Street Lights Collective Project: “We are so glad to be involved in this great Street Lights project as it will raise vital funds and help highlight the homeless crisis is a different way through music and the funds raised will directly help Focus Ireland’s work to support families and people who are homeless or at risk of losing their homes. It means so much and also shows people who are homeless that others are thinking about them and trying to help them to find the way home.”

Speaking about the Street Lights Collective project, Peter McVerry Trust said: “It is brilliant to see so many people come together to help three charities working to provide solutions to the homeless crisis day in and day out. Any proceeds received from Peter McVerry Trust will be an enormous help to our work and the money raised will go into our housing led response to homelessness.”