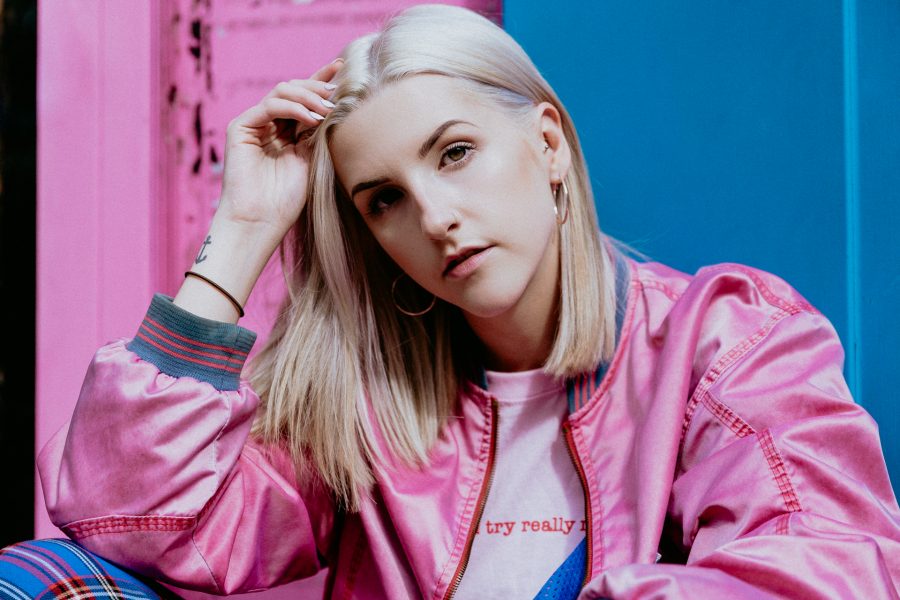 Irish singer LAOISE returns with the new music video for an acoustic version of her hit single, ‘Again’, out now. The track is co-written and co-produced by Richey McCourt and Seán Behan, and is taken from her upcoming second EP, set for release in early 2019. The acoustic video was shot and directed by Eamonn McManus.

Completely stripped back, this version is a return to how the song sounded when it was originally written and brings a whole new dimension to the feel of the track, presenting LAOISE’s talent as a songwriter at the forefront. With her highly-anticipated second EP set for release in 2019, LAOISE wanted to put this song out into the world as a thank you to fans.

The original version of the single was released in September and has received praise from a wealth of online tastemakers, including the Independent with comparisons to pop royalty, Robyn. The track has also seen a lot of love on Spotify, appearing on New Music Friday as well as prolific playlists such as New Pop Revolution, Chilled Pop Hits and The Pop List.

Speaking of the track, LAOISE says, “I had been struggling to write at the beginning of the year actually. I was finding it hard to take in everything that was happening around me. Women’s health and our rights were being debated here in Ireland at every corner you turned, and some things weren’t very nice to hear.
Becoming 21 and understanding what it means to be a woman amidst all of this chaos was overwhelming, and the way I dealt with it was writing this song. I sat down at the piano and I wrote the bones of the song in about 15 minutes back in March, it just came pouring out of me as if it had been suppressed for too long. It was quietly confident, and we all worked to pull that confidence to the forefront. Listening back now, I can hear that it’s not just about other people deciphering what I’m worth, that’s for me to decide.”

21-year old LAOISE (pronounced Lee-sha) writes dreamy, ambitious and frank pop songs about relationships and heartbreak, often with darker, moodier, more introspective lyrics and juxtaposed with upbeat electro and synth production. ‘Again’ is a sign of exciting things to come from the Irish pop star; the track makes a statement, as does she. A world away from the usual Irish exports of singer-songwriters with guitars, LAOISE records, produces and releases her music completely independently. She totally commands her own brand of bold, glittering, gutsy electro-pop – paving the way for Irish-born pop music.

Originally from Galway in Ireland, LAOISE has spent the summer performing at a string of festivals, including opening the main stage at LIMF, as well as appearing at Longitude and Electric Picnic. Having tested out her new material over the summer, she has brought the energy from the crowds into studio to delve deep into who ‘LAOISE’ really is – Ireland’s newfound answer to pop.

Taking her cues from the silky production of acts like Tove Styrke, Troye Sivan and MO and incorporates elements of synth, indie and alternative. LAOISE’s music is deeply inspired by household names like Kate Bush and David Bowie, as well as the different musical personas of Taylor Swift.