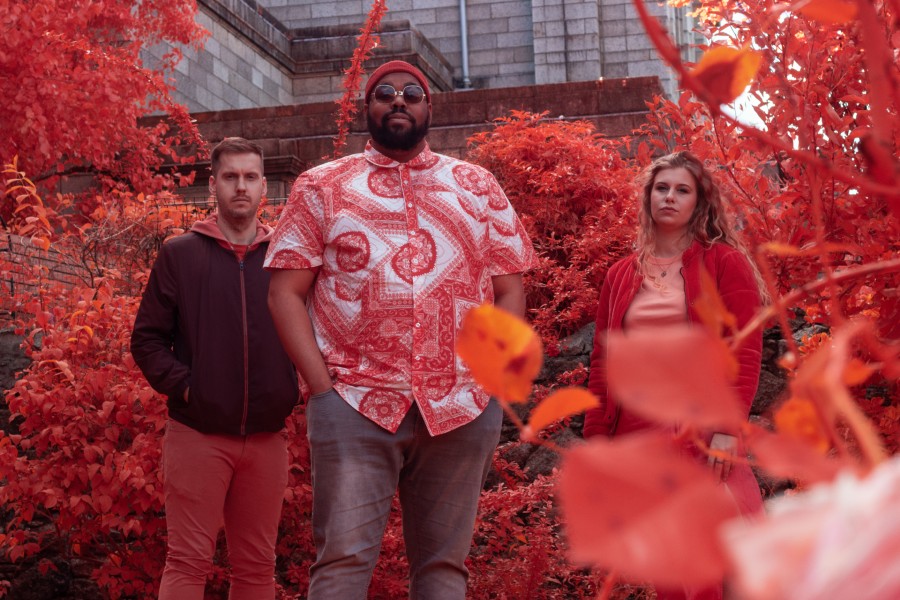 “’Telepathic’, like many of our other songs, came about during a break in rehearsal. Our pal and former keyboard player Éanna Ryder was playing this riff on piano that just made me think of a dramatic conversation or argument. I recorded the riff on my phone, went home and wrote my verse and the first back and forth section of dialogue. Fiadh took it, and fleshed it out  by making the concept more three dimensional with her lyrics.” –   Jamel

It became a song about the breakdown in communication of a couple. Thinking of it as an argument, it opens with one side trying to  explain themselves and how frustrating it is dealing with someone who won’t be honest and open with their thoughts. It follows the character’s inner monologue and dialogue between them, often with many contradictions. That’s how it is though, the remnants of the loving relationship are still there which makes things all the more complicated.

“It was gas listening back after a take! It reminded me that that is what I sound like when I argue. It’s not always calm, thought out points, but can descend into petty jabs at the other person, and wound-up explosions of anger!” – Fiadh

Following the single release of ‘Telepathic’, the accompanying Live music video will launch On November 27th

Shy Mascot are a Dublin-based quintet who, through their inventive blend of familiar genres, bring a uniquely provocative sound to Ireland and beyond. By combining elements of funk, jazz, and hip-hop, they succeed in blurring the lines between traditional genres and reviving them with a fresh new groove.

In a fresh collision of hypnotic rap (Jamel), soulful vocals (Fiadh), and electric jazz instrumentals (Keith), Shy Mascot make for an exciting display of talent no matter what the setting. They have commanded the stages of reputable Dublin venues like The Grand Social and WigWam, as well as independent music festival ‘Knockanstockan’ and the iconic ‘Galway Jazz Festival’. They have also played Kilkenny’s Sofa sessions which was curated by Irish Times jazz critic Cormac Larkin, and Red Bull’s FREE GAFF event in 2019.

In August of 2020 the band took part in ‘A Modern Ireland In Music’, a virtual event in association with the Irish Arts Centre NY, along with creative platform ‘The X Collective’ of which they are a part.