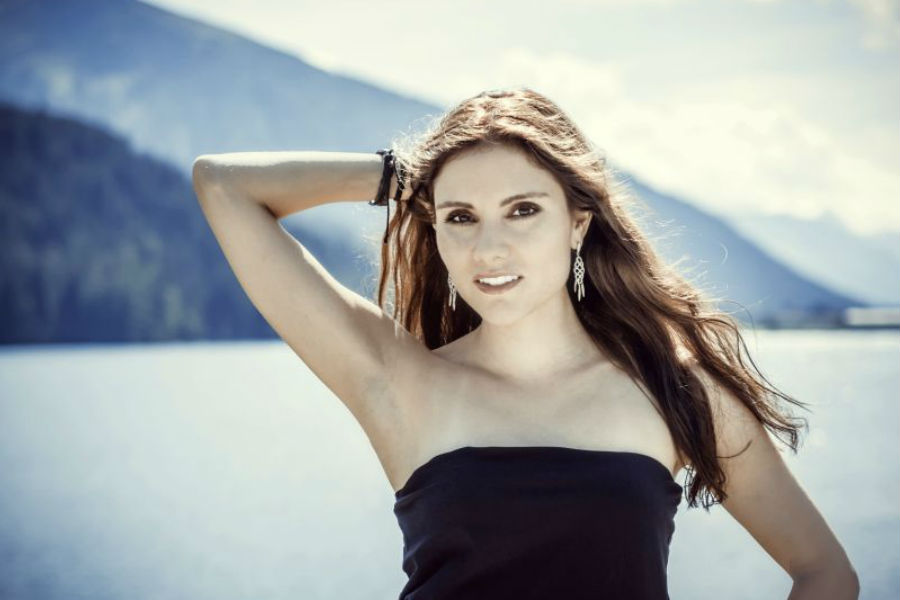 Swiss Singer Songwriter Tamara Landolt has been working with Louth-based IMRO member, lyricist, Maurice Byrne. Tamara recently released their collaboration ‘I’ve Got Standards’ in Switzerland and she has now been playlisted on two Swiss radio stations.

Tamara is a classically trained soprano and pop / rock vocalist and has been studying and performing music in Switzerland for over 15 years. She recently decided to change musical direction and write some new songs in different genres.

Back in 2015, Tamara got in touch with Irish lyricist Maurice Byrne. Together, they wrote material over a two year period and finally decided to cut two songs at Steve Fearnley’s ‘Narrow Water Studios’ in Warrenpoint Co Down. The first is this ‘I’ve Got Standards’ and the second is called ‘Dreamers’. Tamara and Maurice now have over ten songs written and the hope is to record a few more of these compositions very soon.

Tamara has visited Ireland a number of times. She said “One of the most amazing experiences here has been pony trekking on the Dingle Peninsula and eating pizza in Dingle’s finest pizzeria – The Blue Zone!” Tamara works full time on her music in Switzerland  and has recorded in Hamburg, Zurich and New York.

Maurice has been writing songs for over fifteen years and is a member of West Coast Songwriters, a California-based songwriter collective. He has written music for cinema and TV in the USA and has had radio play in Ireland, the UK, Lithuania, Denmark, Sweden, and now Switzerland.

You can download ‘I’ve Got Standards’ from your favourite download store and is also it’s available to stream on Spotify.