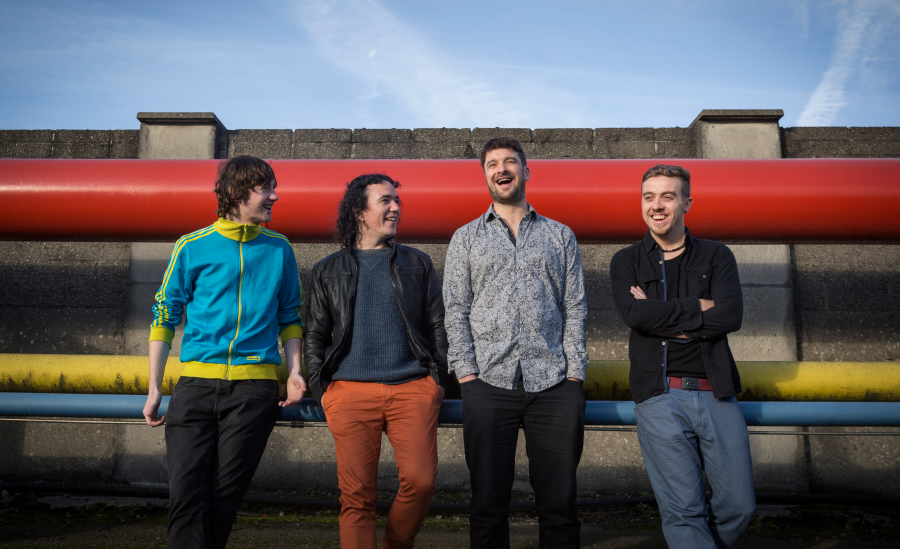 This November 30th, Oddsocks return with a new synth-driven video/single, Saying Things. This hook-filled moody track is the third release from their latest album ‘The Sound Of The City’ and the accompanying video marks the beginning of their new Temple Lane Sessions video series. Oddsocks look forward to another string of Irish dates after this release beginning with a show in The Soundhouse, Dublin on December 6th.

With the release of their second album ‘The Sound Of The City’, Oddsocks gave listeners a progressive new sound under the guidance of producer Rian Trench . Synth-lead, groove driven tracks dominate the album while the soulful moods of Oddsocks’ multiple vocalists colour each track.

Now the band have been back in the studio to record a live video series (Temple Lane Sessions) covering a selection of their album favourites. These will be released on their social media platforms and website starting on November 30th and will give viewers an insight into the band’s arrangements and performance style.

Latest Album ‘The Sound Of The City’ Available on Bandcamp, Spotify and itunes.

“…..Well thought out compositions, with a mix of pure soul and funk…..” – Hotpress