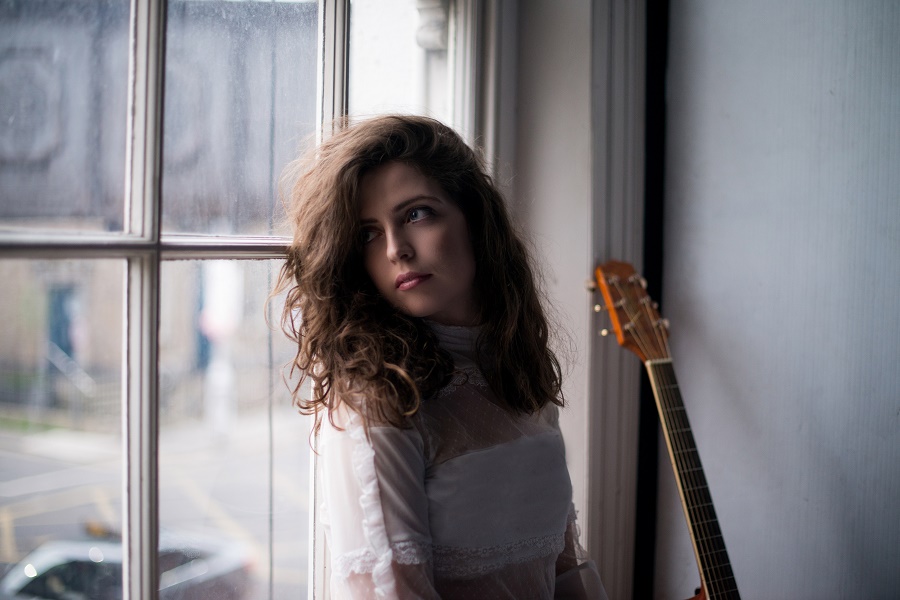 ‘Howling at the Moon’ is the first single from Rowlette, an indie-pop track inspired by those who go against the grain and stand up for themselves.

“I feel like in today’s world it can be so difficult to do what you want to and be yourself, so when I see someone doing their own thing I find it incredibly inspiring…this song was in thanks to all those people who aren’t afraid to live by their beliefs and influence others to do the same. I want my songs to be both vulnerable and empowering, and I think that HatM encapsulates that.”

Rowlette is the pseudonym for Sarah and her collaboraters. Sarah grew up in the countryside in the West of Ireland, just a few miles outside of a small town.

“There wasn’t much to do where I grew up…or many places to go! So I sang away in my room for years, writing songs but keeping them very much to myself…it took me a long time to share my music with anyone –  probably because sharing your songs leaves you very exposed and vulnerable, which is a feeling we often try to avoid! Once I realised this, I tried to embrace it, so most of my songs are quite vulnerable now!”

It wasn’t until she began university in Dublin that she finally gained the courage to share them with a friend who happened to be studying music. Her friend was moved to tears, and Rowlette slowly began to share her songs with more friends and family. She then studied a Songwriting Diploma in BIMM Dublin, alongside her Business degree. Since then she has performed in New York, Greece and The Netherlands. She also performed at Electric Picnic in 2017 with her college a capella group “Trinity Belles”.