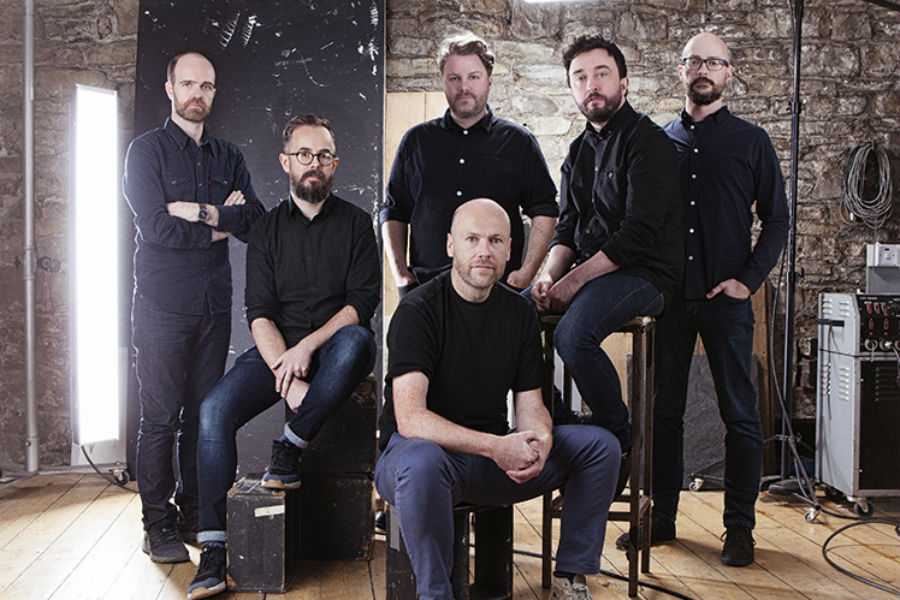 The Redneck Manifesto announce they are celebrating 20 years of making music this year, by releasing a new album, and bringing you a very special live show in Vicar Street on 30th November.

Ahead of the album release, they have just released a new single, ‘Djin Chin’.

20 years of creating a new language together, the wordless language that all bands come to know, a siblinghood of nods and head shakes, hours of, ‘hang on I think I have it’, evenings drinking tea listening to iPhone recordings, whittling and listening, head scratches, ‘is that me playing that?’, muscle memory, refining, taking away instead of adding but always listening, listening and then one evening it doesn’t need to be thought about anymore, it is done. That is ‘The How’, it is the new album from TRM.

‘The How’ was recorded in Attica Audio with David Odlum (Tinariwen, Dublin Guitar Quartet, The Wedding Present), Karl Odlum (Cian Nugent, David Kitt ) and Tommy McLaughlin (Villagers, Soak). ‘The How’ was mixed at Black Box Studios by David Odlum. ‘The How’ was mastered by Steve Fallone (The War on Drugs, Tame Impala, David Byrne) at Sterling Sound New York.

‘The How’ was written by TRM and is released on 251 Records.

They play Vicar Street in Dublin on November 30th, with special guests The Dublin Guitar Quartet, and New Jackson. Tickets on sale now.

Stay connected with The Redneck Manifesto: