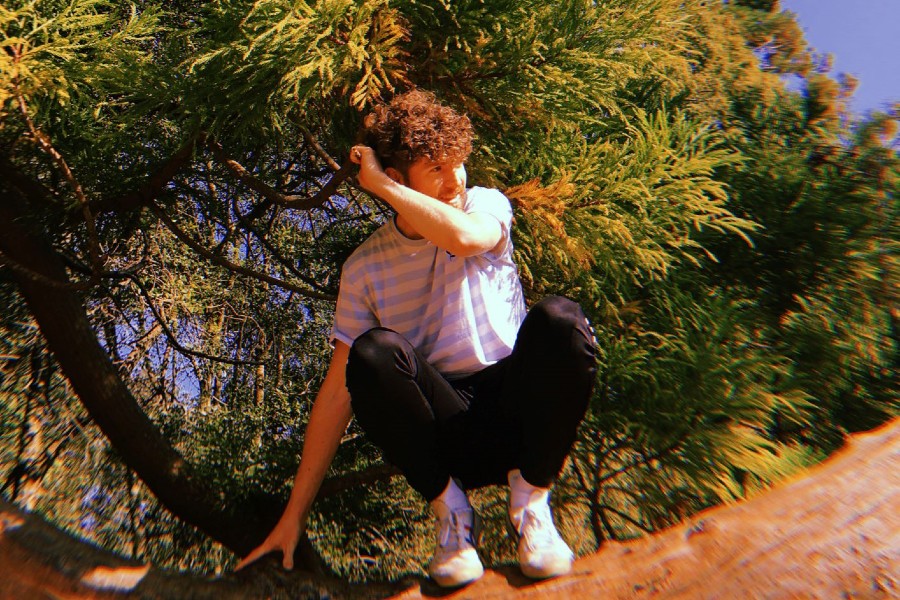 “’The Pool’ is inspired by transition, sexual fulfilment & the tension of being trapped in a feeling of ‘otherness’.” Pollena.

“I came across Cian’s remix of Elaine Malone’s ‘You’ and immediately loved its 90s Massive Attack vibe. I knew we’d create something interesting so I got in touch and was really pleased when my single inspired a remix. He’s done a completely brilliant job, the remix is subtle, interesting and fresh. I’m really excited for it to be out there.”

It’s been a busy 2020 for 1000 Beasts (Cian Sweeney). Having drip fed singles to his audience for the first half of the year, the Cork based collaborative artist-producer dropped his debut EP ‘On A Different Page’, which is currently sitting on over half a million combined streams online, in July (via Unity Records) to great success. Followed by a superb live performance at this year’s online Ireland Music Week festival in September, and recently named one of the Best Irish Acts in 2020 by Nialler9. 1000 Beasts has been an incredibly in demand producer here in Ireland this year, with several releases he’s produced landing on Spotify New Music Friday, as well as the hit single from Robert Grace, ‘Fake Fine’, which currently sits at over 4.5 million Spotify streams.

Cian Sweeney / 1000 Beasts continues by releasing this laid back remix to Pollena’s ‘The Pool’:

“After releasing my remix of Elaine Malone’s ‘You’ just after Halloween I thought that was it for 1000 Beasts releases for 2020.

How wrong I was.

An email came through from Pollena, who had discovered my remix of ‘You’ through Spotify, and was looking to collaborate. I had one listen to ‘The Pool’ and it just clicked straight away, I thought the textures and use of space were superb, the vocals were crisp and the production by Kirk Spencer was 2nd to none. I immediately replied to see if we could make a remix happen. The whole process was ridiculously quick, I got the files on the Friday and the following Tuesday I was uploading to streaming sites, I just knew exactly what I wanted to do from the first listen. It’s rare that happens, sometimes you need time to experiment but I think a lot of things I had tried (and failed) to do on previously unreleased material found a home here, certain production techniques or sounds and textures I had been developing for quite a while but could never find the right place for.

I’m excited to see where Pollena goes and her development and I’m really excited to be working with such a fantastic artist.”