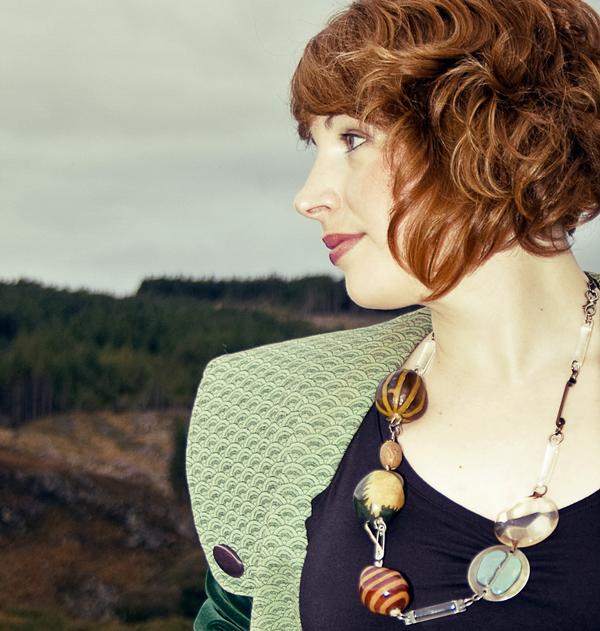 Night Time Walking is Abigail’s first release. Oh Sam and Light A Match are the singles from this album. She is about to record her next album, which will be released later this year. Ed Power, in the Independent on Friday, wrote of her LP "Expect it to feature prominently when critics come to assess their favourite Irish records." Her album has received critical acclaim in Ireland.

Abigail has most recently been awarded a music bursary from the Arts Council of Ireland. A multi instrumentalist, vocalist and songwriter she began writing music at a very early age. Her original style of music is the result of a diverse musical up bringing. Abigail has featured on albums by David Kitt, Somadrone, 3epkano, Brianna Corrigan (Beautiful South) and Star Little Thing. She was also invited to play at the 2010 Electric Picnic Music and Arts Festival. She won a prize with Hotpress and the New York Tisch Film School to have a music video made for her song “Oh Sam”http://short.ie/ohsam. Ruth Barnes (Resonance FM) introduced Oh Sam on Tom Robinsons Show BBC Introducing on BBC Radio 6 (23/08/2010).
She was commissioned to write music for the animated film “Trolley Boy,” which was screened at the Galway film festival 2009 and the 2010 L.A. Short Film Comedy Festival. The film was also nominated for an IFTA. She was also commissioned to write a piece for the internationally renowned 'Diversus Guitar Ensemble'. They included an arrangement of her song Light A Match on their recent European tour.  She has recently been commissioned to write a piece for the Dublin City Jazz Orchestra. The new work will be part of their upcoming tour and debut recording.
www.abigailsong.com
www.myspace.com/abigailsong
What the critics say…
“Multi-instrumentalist and composer Abigail Smith, who has just released her debut solo album, is also one to watch. Night Time Walking is a wonderfully bizarre collection of Smith's own songs that sounds like Kate Bush and Bjork had a love-child with Schubert and the Cocteau Twins. …”
Cormac Larkin, The Sunday Tribune.
“…her album, Night Time Walking, a series of songs arranged for voice, piano, viola and cello, is a thing of rare beauty indeed. It is to be tracked down and devoured immediately….”
Derek O’Connor, Image Magazine.
"Expect it to feature prominently when critics come to assess their favourite Irish records…"
Ed Power, Independent on Friday.
“I love this one [Oh Sam], it gets stuck in my head…..I could listen to it over and over again…”
Ruth Barnes on BBC Introducing with Tom Robinson, BBC Radio 6.
Spotlight