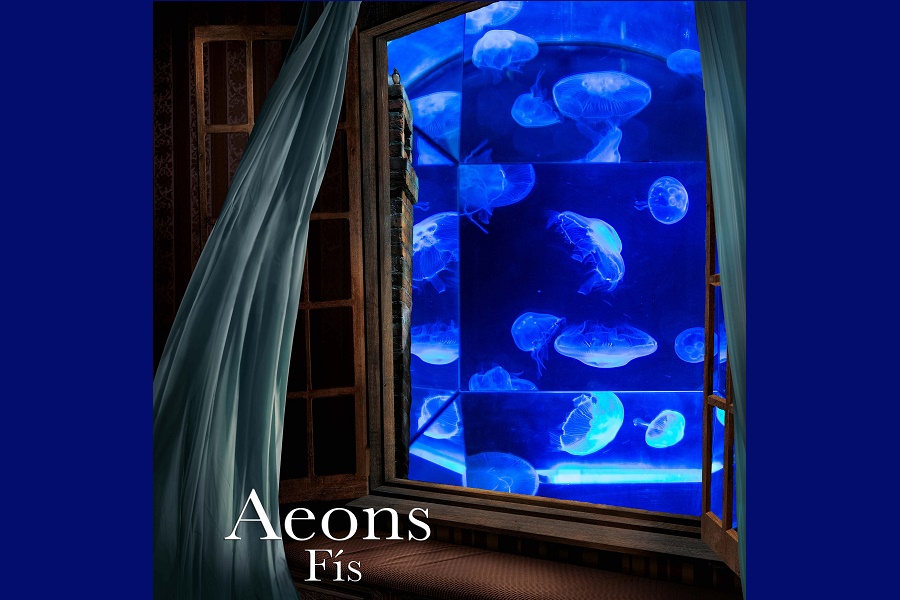 Aeons have just released their album ‘Fís’. A collaboration between Muireann Nic Amhlaoibh and Pádraig Rynne, Aeons’ electronica music is performed through Irish.

Muireann Nic Amhlaoibh is an award-winning traditional singer and musician from Corca Dhuibhne, West Kerry. A leading exponent of the traditional sean nós style, her repertoire also includes songs from a wide variety of folk and contemporary sources. Her childhood in West Kerry saw her immersed in a rich cultural environment and vital living tradition, which was to be hugely influential on the foundation of her distinctive vocal and instrumental sound.

Muireann has a Masters in Traditional Music Performance and has enjoyed a hugely successful career as a touring artist, with over thirteen years’ experience as lead singer and flute player with the Irish traditional supergroup Danú, as well as a performing as a solo artist. Muireann is also a popular television presenter, having hosted a range of programmes for Irish and Scottish TV over the past decade including the celebrated traditional music series Port.

Most recently, she has also turned her attention to an award-winning collaborative Irish language electronic music project entitled Aeons.

Described as “one of the freshest sounds in Irish music” by fRoots magazine, Pádraig Rynne is a virtuoso musician, prolific composer and is regarded as one of the finest concertina players in Irish music today.

With a degree in Music, Media and Performance technology, a masters in Music Technology, and a passion for experimenting with diverse genres, Padraig is recognised for his refreshing explorations into the Irish tradition and beyond. His band work includes founder and former member of groundbreaking Irish/Breton band Guidewires and current member of Triad with Dónal Lunny and Sylvain Barou. Rynne has curated a number of high profile ensembles and tours including Irish Arts Council-funded projects Dán, Atlantic Arc Orchestra and experimental band NOTIFY.

Pádraig has featured on over thirty albums and has made many high profile TV appearances. He was a featured musician on the Soundtrack to recent successful BBC movie – “After the dance”.

Pádraig works very regularly with other artists and recently was commissioned to write the music for the opening of TG4 XX with award winning electronic band Aeons. As a sound designer, Pádraig has lent his music and unique creative soundscapes to many albums and productions.