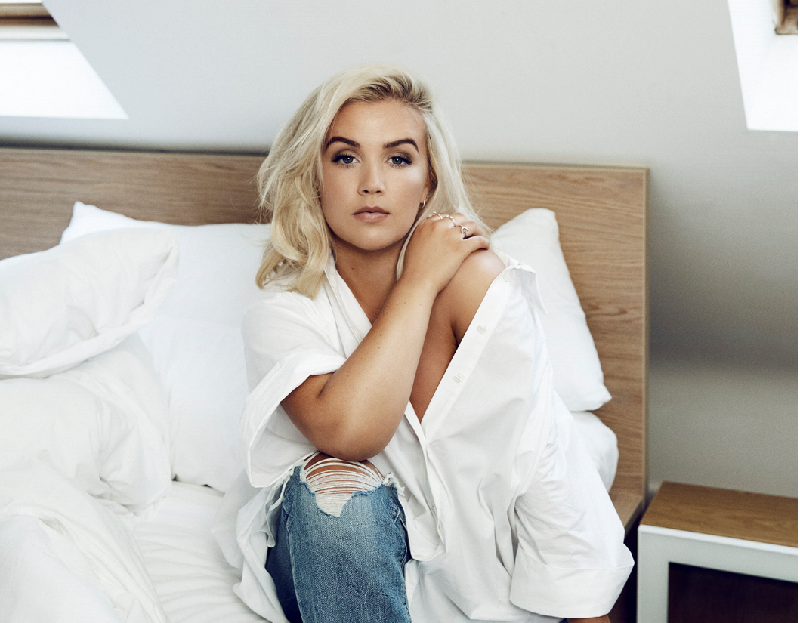 Today sees the release of the lyric video for ‘I’m OK’.

The lyric video hosts a nostalgic montage of family photos that include Aimée’s mam, who the song beautifully pays tribute to.

Of the track ‘I’m OK’, Aimée says; Losing my Mam was the hardest thing that has ever happened to me. I spent a lot of time blocking it out and not talking about it. I was pretending to be fine. But it turns out I was actually hurting myself more by doing this. Once I started opening up and sharing my bad days and struggles, it really connected me to so many people because so many people are dealing with grief or their own struggles, too. I knew that opening up and writing this song would be hard but knowing how many people this song could possibly touch was exactly why I did it.

Prior to ‘I’m OK’, Aimée released her top 30 Irish radio hit, ‘Don’t Call Me Pretty’, the first track to be taken from her upcoming EP. The pop anthem has received global radio support with numerous stations including The Dominican Republic, Italy, Kuwait, Luxembourg, Nambia, Spain, Switzerland, and 125 stations across the UK.

Aimée has over two million combined streams, to date.