Alarmist reach for the stars with ‘Morning, Kepler’ 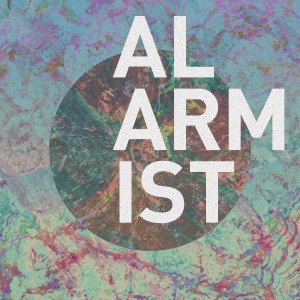 Consisting of Neil Crowley, Elis Czerniak, Osgar Dukes and Barry O’Halpin, Alarmist’s intricate compositions and frenetic live shows will keep you hooked while the depth and flavour of their music will immediately have you searching for their previous releases.

After the release of their 2011 self-titled debut EP, Alarmist gained a wide following, establishing themselves as a standout act on Dublin’s independent music scene, praised equally for their sonic experimentation and for their dynamic, visual arresting live show. While inevitably compared to many acts on Ireland’s healthy post/math-rock scene, Alarmist gained attention for their audibly wide range of influences. Within their configuration of electric guitars, double drums and electronics, instrumental guitar music is only one touchstone, with the various members’ backgrounds in jazz, electronica and contemporary composition infiltrating their tightly wound tracks.

Recorded with Solar Bears’ Rian Trench, their second EP Pal Magnet retains the frenetic energy, playful melodicism and constant experimentation of their first release, while incorporating a wider and more colourful and sophisticated palette of sounds. A wealth of influences can be heard across these four tracks; their sound world can instantly shift from a twanging mutation of 50s surf guitar to glitchy 8-bit electronics or cinematic, big-band influenced crescendos.

At a recent Seven Quarters event at Whelans in Dublin the band announced that their debut album will be released this year.