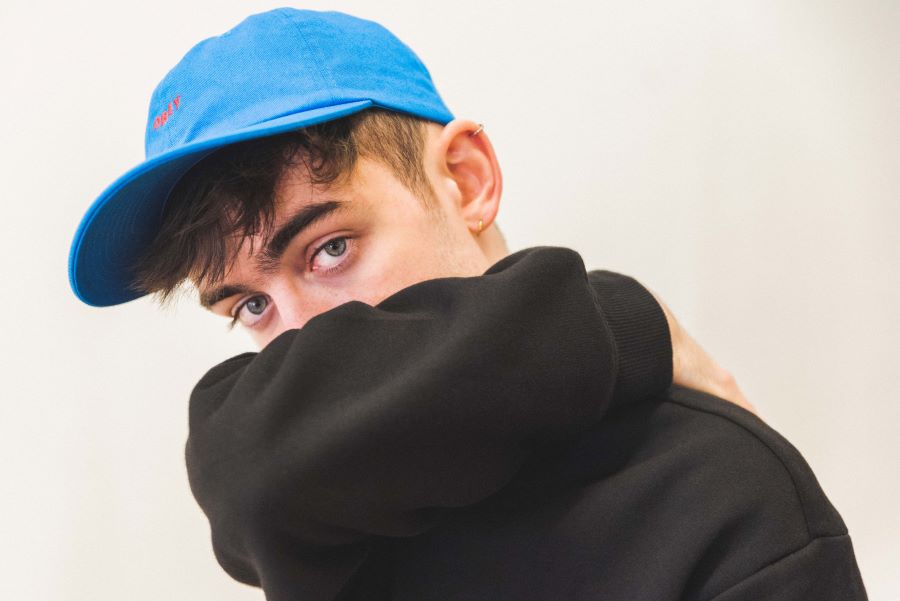 January 2020 kicked off for Alex Gough with brand new music and a slot at respected European tastemaker festival ‘Eurosonic’ in the Netherlands. With queues stretching out of sight and a door stop during the show, the full band were swiftly booked by organisers for a second stint the next night at the town’s main venue. Now firmly established as one of the most exciting live acts in the country (with Alex front and centre on drums and lead vocals) offering up old school production tinged with Hip-Hop and Jazz, this kind of situation is becoming increasingly common.

The hype is mirrored online as over half of the young producer’s 2M+ streams have been generated in just the last few months, confirming a rapid growing fanbase both at home and overseas with an obvious hunger for new music.

Of the new release Alex says –

“‘Heart Attack’ started out as a rant aimed at various authoritative figures who would sometimes abuse their power and make certain assumptions with no backstory. The song was initially a couple of scribbled sentences which then stretched around a half real half fake narrative of a night out that I had. I see it as kinda like a sitcom moment, where someone gets so worked up, veins popping out etc, that they just keel over.

‘Be kind’ is one of my first ventures into showcasing more of the instrumental, contemporary jazz/electronic side of my music. It’s a huge part of who I am as an artist and I’ve always been keen to make sure that side of me is heard. Writing it came at a time of high stress for me so you could say it’s a bit of a letter to myself. The idea of a ‘B Side’ has always been something I’ve wanted to do, it gives me a sense of freedom to be really experimental with a release.”

Both tracks are written, performed and produced by Gough, mixed in London by Producer/Composer Nicholas De Carlo, and mastered by Kevin Tuffy (Stormzy, Headie One) at Alchemy. Lead single ‘Heart Attack’ is accompanied by an official visualiser with full design and animation created by fellow Waterford native Aaron Fahy (@Aaronfdesign).

In such a short space of time, Alex has attracted attention globally from the likes of Spotify and Apple with his genre spanning sound, helped along by such soundtrack features as global TV phenomenon ‘Normal People’. While also garnering numerous radio plays in Ireland alongside the UK and other key European territories.

With the current situation becoming an additional driving force behind creativity and output, expect further new content contributing to the current trajectory Alex finds himself on.

Rescheduled Live (Due to COVID-19)