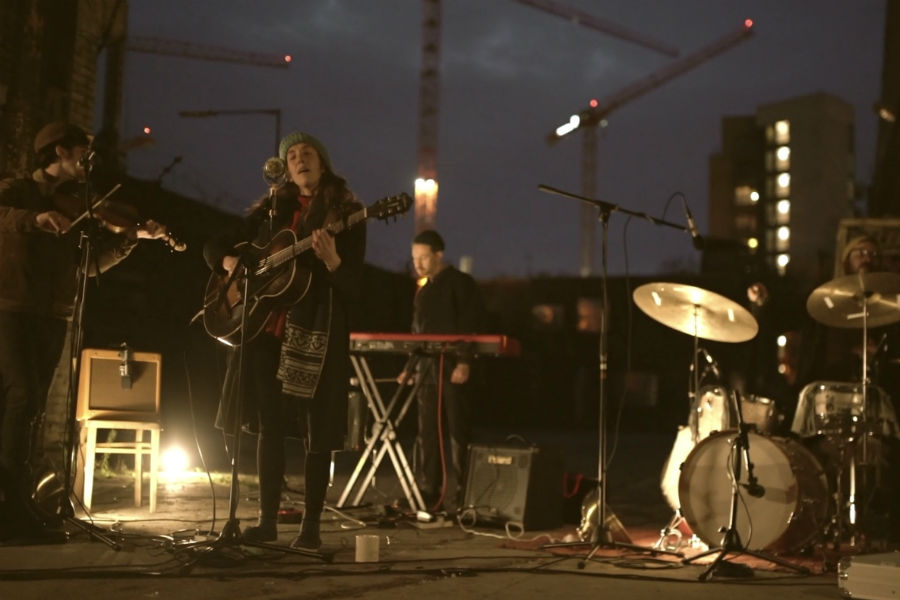 “This performance of ‘Idle Mind’ was filmed in the docklands in north Dublin. Cranes were hovering above us like vultures, with yet another shiny office block or hotel on the horizon. The song expresses a frustration towards apathy, in the face of dramatically changing landscapes. Working with Myles was an obvious choice – we’ve worked together before and he’s a brilliant filmmaker. Our original plan was to shoot the performance inside, but Myles insisted on an outside shot in the dimming light.”

“‘Idle Mind’ is not just a stunning debut record, nor is it just an amazing Irish record: it’s a record that proves Mieke to be one of the most promising artists on the Irish independent sphere and mature musician and songwriter whose work deserves to be heard far and wide.” – The Thin Air

Anna Mieke was recently awarded the Next Generation Bursary Award from the Arts Council of Ireland, and will be taking time to work on new material at an artist residency in Co. Kerry in early spring. She is currently planning a UK and Ireland tour in May and June 2020, with dates to be announced.