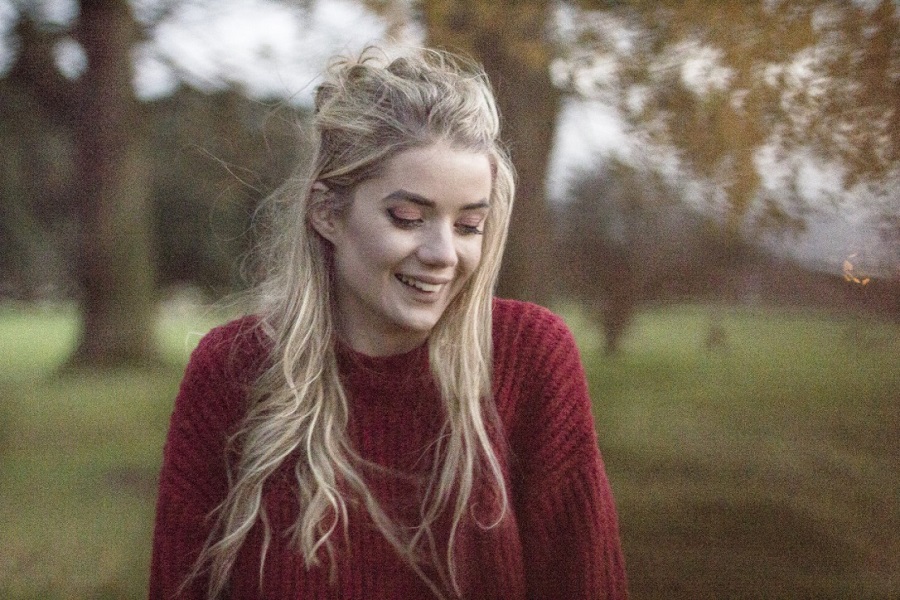 Although the final year BIMM Dublin student has already been compared to people like Phoebe Bridgers, Julia Jacklin and Beth Orton, she cites a much more mainstream singer as being highly influential:  “A lot of people ask me about my country influences. I’ve always loved that sound; when Taylor Swift went pop it was my worst nightmare!”

In a move mirroring Swift’s, Aoife took a big step towards her music career in 2017, when she booked a solo flight to Nashville, Tennessee on her 21st birthday, determined to play at the famous Open Mic Night at the Bluebird Cafe – which she did.

The following summer she returned to the States, this time to New York, where she played at the Rockwood Music Hall, opened for Mick Flannery at a private gig in New Jersey and gigged open mic nights every chance she got.

“I deliberately booked my 10 day trip to Nashville to include two Mondays because that’s when the open mic night is on at the famous Bluebird Cafe and it’s notoriously difficult to get to play,” says Aoife. “In New York, when I was playing the Scratcher Sessions, There was a picture of Mic Christopher behind the bar. My mum actually flew over to see me play there and I played ‘That’s What Good Friends Do’ as part of my set.”

This was particularly poignant for Aoife as the late Mic Cristopher was her mother’s cousin. Although she was only five when he passed away, she was always very aware of his music.

“Skylarkin’ was always playing in the house and ‘Kid’s Song’ was my favourite track – I used to reference it a lot when I was writing essays in school and that kind of thing.” Later in her teens, this became the drive to write her own songs.

Taking influence from Irish, Folk and Country music, Aoife Carton has developed her sound since she started writing songs. A writer before a songwriter, lyrics are at the heart of her music with themes ranging from love to depression to – in true country style – heartbreak.

Aoife has played the like of Dublin’s Ruby Sessions, Nashville’s Bluebird Cafe, New York’s Scratcher Sessions as well as gigs in Whelan’s, Bello Bar and The Workman’s Club. ‘Edinburgh’ is the follow-up to her 2017 debut EP, ‘Wicked Words’.

‘Edinburgh’ by Aoife Carton will be available on all platforms from Friday 5th April 2019. On Sunday 7th April, Aoife will launch the track at a special fundraiser gig at The Grand Social, Dublin. Tickets are €10 with all proceeds from the gig going to Dublin Rape Crisis Centre.