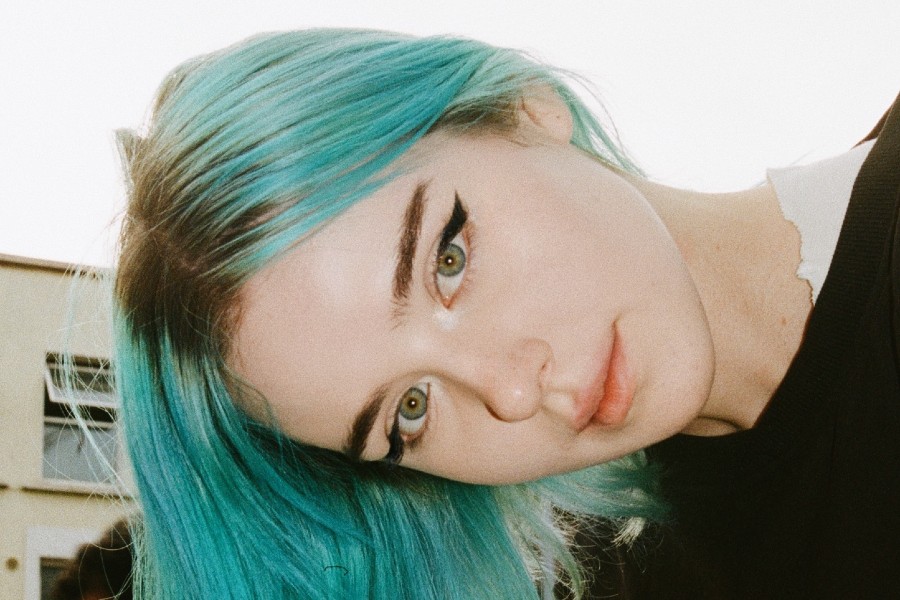 Congratulations to IMRO member April who this week signed a deal with EMI Records.

April is 21-year-old April Lawlor, who hails from a small town in County Kildare. Growing up in a musical household, she was shown her first steps by her Dad, who played in a Johnny Cash covers band in his spare time, encouraging her to write and record since she was a child. Her first musical outputs – demos she’d record and upload to Soundcloud the same day – began gaining powerful word-of-mouth momentum and led to her first European support tour with American indie-pop musician Alec Benjamin in late 2019. Taking inspiration from other artists with roots in bedroom pop, April’s music sits somewhere between Clairo and Gus Dapperton, with flashes of Lana Del Rey and Lorde. She cites her binge-listening of FKA Twigs and King Princess during lockdown as new influences which weave their way into Luna. Despite the hype, April’s ambitions remain humble. Mainly, she’d just like to play a gig. “The first EP came out at a weird time, I didn’t get to gig and connect with crowds but it honestly just made me more excited for when I can – and now, I will have 2 EP’s out by the time I can gig again!”

April hit the radar earlier this year with her striking first track, ‘The Impossible Task Of Feeling Complete’, followed by ‘New Conditions’ and her debut EP which has amassed over 7 million streams to date. Her mature approach to songwriting, teamed with sharp and reflective lyricism, clever pop hooks and intimate, striking vocals all helped capture the attention of BBC Radio 1’s Phil Taggart who named her debut track as his ‘Chillest Record In The World’. April quickly gained support from Annie Mac and was also featured as ‘Breaking Act’ in Sunday Times Culture, who called her debut, “a remarkable, sit-up-and-listen introduction…musically timeless.”

April has kept the momentum going, announcing her second EP for 2020 entitled ‘Luna’, and sharing blissful first cut ‘Forever (To Feel Like Tonight)’. On ‘Luna’, which is out October 23rd, April continues to document her evolving sound.

“’Luna’ is a step forward from’ New Conditions’ for me – I definitely feel like I’m maturing as an artist, and this EP feels more like me now than the last. I’m definitely still experimenting and finding my sound, I love so many genres it’s hard to just stick to one and it was exciting that I got to try different things this time. The EP overall is all about falling in love. Each song touches on the uncertainty you get when starting to feel strongly about somebody at the start of a relationship. You begin to wonder if it will last or if it’s just something to pass the time. ‘Forever (To Feel Like Tonight)’ fits into this idea as a song about wanting a particular feeling to last forever. When a relationship isn’t perfect but there are perfect moments that make it ok and it’s those moments you want to live in and never let them end.”

April’s creative resolve and self-sufficiency saw her overcome and embrace the limitations of a turbulent year to bring the four songs on Luna to life. Speaking of the writing process, she reflects “I had been going back and forth to London in 2019 and the start of 2020 before lockdown came along, so I had the basics of the songs on Luna all down with the producer I work with Fred Macpherson (Spector). Basically we worked over zoom calls during lockdown and produced the songs back and forth together.” says April, “During lockdown, I also revisited one of the first songs I ever wrote ‘Would You Let Me In’ with Kojaque on production which gave the song new life. I was very lucky to have had the songs written before lockdown because I had such a creative block.”