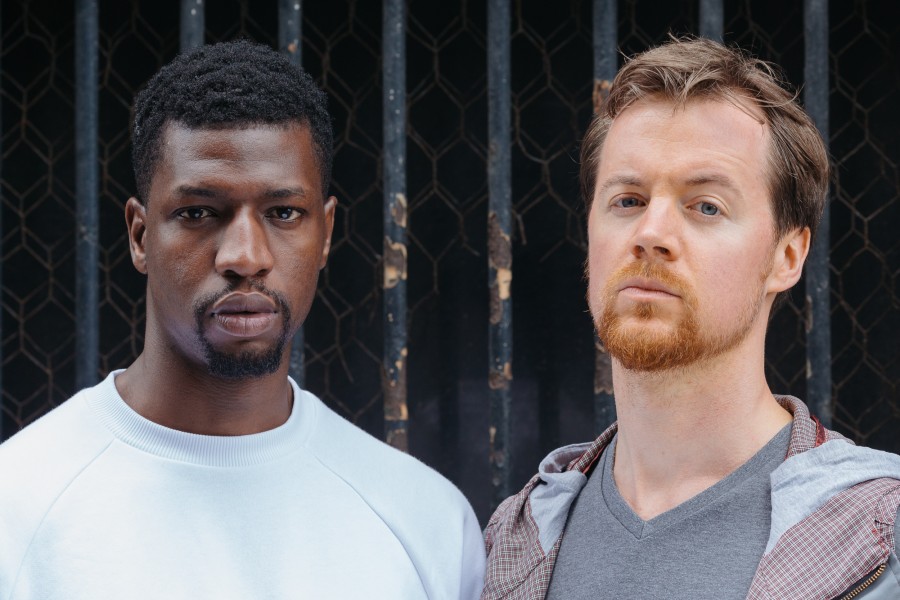 Since electronic producer Art of Algebra broke onto the scene in late 2019 with the release of his self-titled debut album, music critics have been watching him closely. Steadily racking up streams and garnering praise from those in the know, the Dublin-based producer is releasing two spectacularly-produced videos to accompany tracks from his debut album before moving on to new material.

The second of these releases, ‘Praying On A Gamble’, is a re-imagining of the track ‘Indigo’ from Art of Algebra’s eponymous LP. The track features vocals from Afro-Irish MC, Breezy iDeyGoke.

David Hallinan (A.K.A. Art of Algebra) had heard Breezy’s previous work and felt that the timbre and tone of his voice would fit perfectly with the down-tempo and dark-ambient mood of the track.

David reached out to the now Liverpool-based Breezy and the two started to collaborate remotely on a new version of the track. For Breezy, writing the lyrics of ‘Praying On A Gamble’ captured some interpersonal questioning.

“The production on Indigo had weight in the bass that created a pulsating energy,” Breezy iDeyGoke says.  “It really pushed me to write something deep, and being titled Indigo when I first heard it, it reminded me of the indigo flower. As delicate as the flower looks, at some point the seed has to let the plant come to the surface. That breakthrough feeling became a central theme for the song and it pushed me to think about my roots and what I stem from, as well as the environment I was raised in. We all have to go through growth in this world and it can seem challenging. That challenge for me was having to grow in a space that I couldn’t be open about my Muslim faith or culture.”

Video director Mark Smyth took Breezy’s experience and recreated 90s Catholic Ireland through the lens of a curious young Muslim boy. He says:  “This music video is about modern Ireland and celebrating our multicultural landscape. I wanted to use mixed media formats to differentiate the timelines of Breezy’s life and make it feel genuine, adding texture and depth to the visuals. We ended up shooting part of the film in an old convent and it was an incredible setting for it to play out in. I was fascinated by the concept of Breezy meeting and competing with his younger self.”

Art of Algebra says:  “When I initially produced the track ‘Indigo’ for my debut LP I always had the sense that it had the potential to be expanded upon. Breezy’s contribution and the rebirth of the track as Praying on a Gamble has exceeded all of my expectations. His conceptualisation of the track through his lyricism, and his anchoring of the Art of Algebra sound in alternative hip-hop, has shown that the combination of the elements of this track are greater and more dynamic than the sum of its parts. This fusion is captured by Mark’s video, which perfectly represents both the mood of the track and Breezy’s personal biography.”