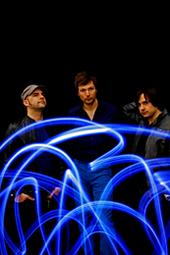 Bell X1 have just announced a 14-date acoustic tour of Ireland celebrating the 10th Anniversary of the release of their debut album, Neither Am I.

Having recently played on the Main Stage at Oxegen 2010, the band are looking forward to stripping things back and performing songs from the entire catalogue as well as debuting some new ones.   The band will be doing a similar tour in the US in October.

You can check out some examples of their acoustic songs at: http://www.reverbnation.com/tunepak/2746424
Bell X1 have spent most of the year writing songs for their 5th Studio Album — due for release in Spring 2011.
www.bellx1.com
Latest News