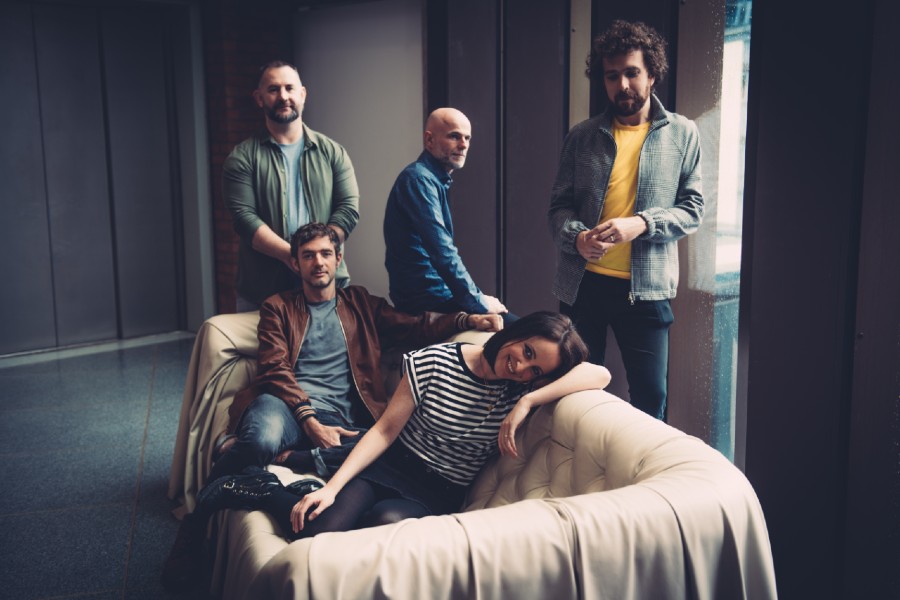 With an adventurous spirit and a passion for charting the road less travelled, Beoga have shown that Irish traditional music can take fresh new directions. That world-facing potential was proven by the popularity of their collaborations with Ed Sheeran on his all-conquering ‘÷’ album. Those two songs – ‘Galway Girl’ and ‘Nancy Mulligan’ – have been streamed over a billion times on Spotify alone.

Now Beoga build upon that growing profile by sharing their new single ‘In A Rocket’, a collaboration with Lissie. The track previews their new mini-album ‘Carousel’, which follows on May 22nd. It finds the band focusing on creating attention-grabbing hooks with a mix of rootsy instrumentation and elements of electronic pop production.

With vocals from Lissie and a topline written by James Bay, ‘In A Rocket’ blends Beoga’s Irish-fuelled rhythms with Lissie’s midwestern folk-pop as it looks ahead to better times to come. “Spent too long in this lonely room,” Lissie emotes, “Kicked out the locks, going to run with you / Sun’s waiting on the other side.”

Beoga commented “’In A Rocket’ is about growing, escapism and losing yourself. The idea of getting away from it all in your own metaphorical rocket, whatever that may be.

Lissie brings a special midwestern vibe to this song that really brought it all to life for us. We wanted this song to take you away to somewhere positive and daydreamy for a few minutes. It seems apt with all that’s going on in the world at the minute.”

Lissie added: “It’s such an honour to lend my voice to this uplifting song by Beoga. I feel like the words and meaning couldn’t be more perfect for these strange and uncertain times we are living in.  Also, to have the release coincide with the first hopeful signs of Springtime feels appropriate. There is a lot of strength, resolve and optimism in this song!”

‘In A Rocket’ is the third taster to preview ‘Carousel’ following ‘Matthew’s Daughter’ (featuring Devin Dawson) and ‘Make A Mark’ (featuring Ryan McMullan). Uniting the worlds of American and Irish contemporary folk, the former features lyrics written by Ed Sheeran about his wife Cherry and is already Beoga’s second most streamed track at Spotify. Meanwhile, ‘Make A Mark’ shows their growing flair for merging the worlds of Irish trad and modern pop.

Other featured vocalists on the mini-album include Beoga’s old friends Foy Vance and Niall McCabe. Meanwhile the Grammy-nominated producer Jonny Coffer has helped the band’s fresh fusion of sounds to flourish.

The ‘Carousel’ title was chosen to reflect Beoga’s experiences over the past two years. They’ve navigated the murky waters of the music industry, signing and then escaping two recording contracts before teaming up with AWAL. It’s been a long and frustrating experience, but looking back they realise that they’ve been more creative than ever before. In addition to ‘Carousel’, they also have the bones of a further two or three albums in place. Everything’s set up for Beoga to reach a whole new audience.

Beoga will follow the release of ‘Carousel’ with an Irish & UK headline tour later this year.