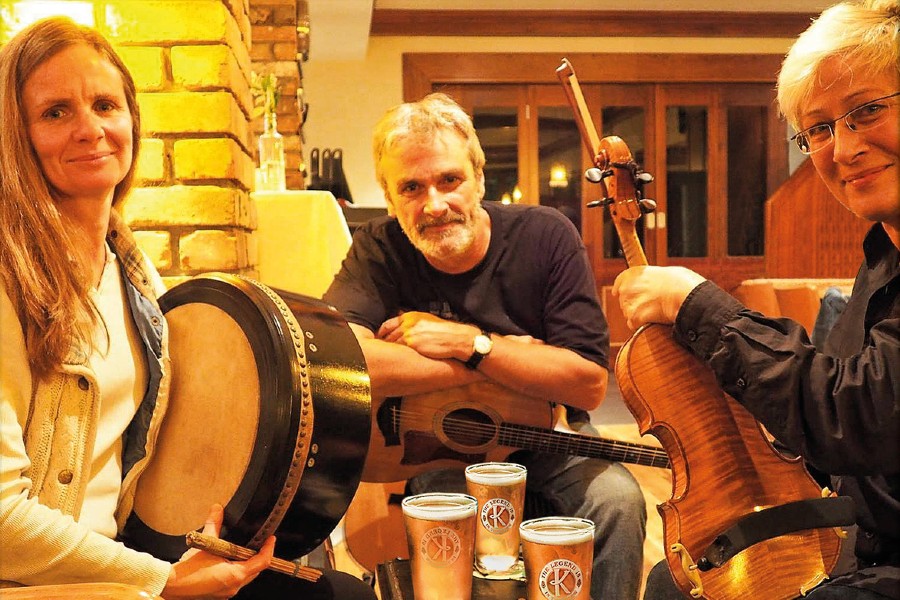 blackmailed & bereft came out of the session scene in Kenmare, in the Kingdom of Kerry, on the Wild Atlantic Way on the west coast of Ireland. Anita Heffernan, Chris Liddle and Gill Newlyn have played together twice a week for 15 summers developing a close musical understanding that is evident on this collection of original and traditional songs and tunes. The band are brilliantly supported by lots of exceptional local musicians.

The name of the band comes from 2 words introduced to the English language by the Border Reivers in the 15th Century – blackmail and bereave. The first, blackmail, was the original ransom letter and bereaved means the ransom wasn’t paid, killed by The Reivers. The Liddles were a Reiver family in the 15 and 1600’s.

There are 11 tracks including traditional and brand new jigs and reels, polkas and marches, an air played on a tuned down fiddle made by Remploy, and six songs. Five of the songs are original and one is an old traditional favourite.

The CD is only available from the band, nowhere else, via paypal.me/blackmailedandbereft

You can listen before you buy at their Bandcamp page by following this link
https://blackmailedandbereft.bandcamp.com/releases