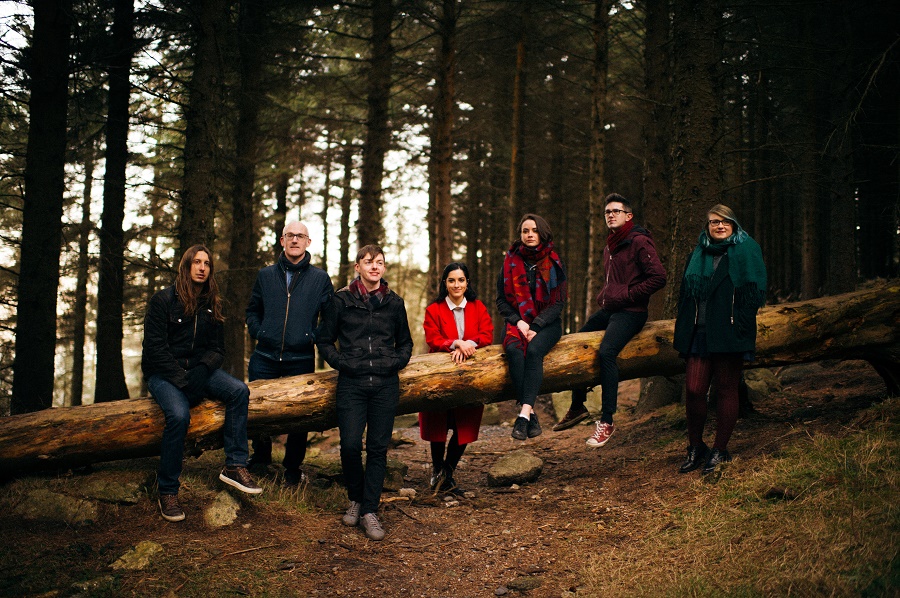 Ever since humans were invented, people have been asking themselves the question “why”?  As it happens, this is one of numerous themes visited by Blue Fish Diamond on their debut album ‘From Dark To Light’, released on 5th October. The second track on the album, ‘Why‘, sits in the grey existential area between dark and light.

Of the other tracks on the album ‘Blood On The Walls’ falls squarely in the shadows of darkness.  So too ‘Angels Of The Winds’, its apocalyptic story foretelling the arrival of the four horsemen against the backdrop of an orange moon.  The album title does not disappoint and the journey ventures from dark to light through hopeful tracks such as ‘The World Is Waiting and Salvation Call’.  And of course ‘Little Bear’, befitting Winnie The Pooh, but of no relation.  The other tracks on the album?  Well, you’ll have to listen to them to find out and in the words of one of the songs “so what you waiting for, come on for the ride”.

Blue Fish Diamond are a Dublin based indie folk rock band who formed in late 2016.  They have released three singles since February of this year (‘Hey Hey’, ‘Salvation Call’ and ‘Time To Go’), all of which have received radio play across the country including on RTE Radio 1, Radio Nova, Cork’s Red FM and KCLR.  Blue Fish Diamond’s influences include Neil Young, Bob Dylan, R.E.M, The Byrds and Tom Petty.

The band’s most recent gig was at Electric Picnic 2018 (1st September, 2FM Play The Picnic stage).  Prior to that, they have played various Dublin music venues including the Tivoli Theatre, Whelans (main stage and downstairs), The Workmans Club, The Underground, the East Side Tavern and Sin E. They have also played at The Habour Bar in Bray, Co. Wicklow.

Blue Fish Diamond will be launching their album at various venues around the country, confirmed venues and dates are as follows:

Details of other venues/dates are currently being finalised and will be announced shortly at https://www.bluefishdiamond.com/gigs/