Brian’s new album ‘VOICE’ will be released on Friday June 8th and indeed his first since 2008’s ‘Interpretations”.  Featuring the new single “Best Days”, the album was produced by Billy Farrell at deadeyeproductions.ie.  The current single, “Best Days” was also co-written by Brian & Billy and features the stunning Dublin Go 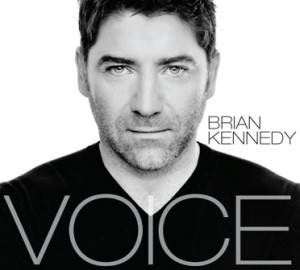 “VOICE” is scheduled for release on Friday 8th June and will coincide with Brian’s live shows at Dublin’s Olympia Theatre on Friday June 8th and Saturday June 9th.   Just ahead of the album’s release Brian is heading to The Middle East for shows also and is special guest with the legend Tom Jones at his Belfast show on August 24th next.

“Best Days” & the album in general convey not least Brian’s exemplary vocals and song writing prowess. On “Best Days”, Brian says “I wanted to write something from a positive perspective, that gives us all a flicker of hope amongst the negativity we have to deal with on a daily basis.”

It’s easy to see why Brian Kennedy was selected as one of the four coaches on The Voice Of Ireland TV series.  Quite simply, he has all the credentials.

A multi-talented artist, Brian is now reaping the rewards of his phenomenal twenty-year career in the music industry. It’s been a steady ascent towards deserved recognition and the past two years have been especially significant.

Brian is first and foremost a live performer and songwriter.  His own words, “Music is my lifeblood,” are reflected in his relentless schedule, from his first gig in the ‘90s, to present time. His constant touring from Ireland and UK to Australia and the USA, including the major global festivals, has resulted in a thriving international fan base.

Brian’s work with Van Morrison has been well documented. As featured lead singer on the legend’s ‘Blues & Soul Revue’ he shared stages over that six-year tour with Van and other all-time greats: Joni Mitchell, Bob Dylan, Ray Charles and John Lee Hooker. He also accompanied Van on five of his major albums.  However, you might be less familiar with Brian’s performances with Stevie Wonder together with being one of only a few to perform with the now legendary Jeff Buckley at Sin É in New York.

Throughout the continuous touring, Brian managed to maintain a stream of a dozen or so chart-making albums. ‘A Better Man’ (1996) and ‘Now That I Know What I Want’ (1999), both went platinum at No.1 and earned him the awards of Irish Best Male Artist and Irish Best Male Album. His single, ‘You Raise Me Up’, from the 2005 ‘Tribute’ album to George Best entered the UK charts top 5, as did the highly acclaimed ‘Homebird’ (2006) and cover album ‘Interpretations’ (2008).

A born communicator, it’s natural that Brian’s abilities have carried him into other aspects of Arts & Entertainment. His abilities as a Radio/TV presenter are proven, exemplified in the successful TV two-part series ‘Brian Kennedy On Song’(2003), covering traditional Irish songs, in which he was both presenter and performer. At the same time, he’s managed to weave into a staggering workload, several short stories, and two best selling novels: ‘The Arrival of Fergal Flynn’ (2004), and ‘Roman Song’ (2005). Both books entered the Best Seller list and resulted in the award of an Honorary Degree of Doctor of Letters, from Ulster University for his contribution to the Arts.