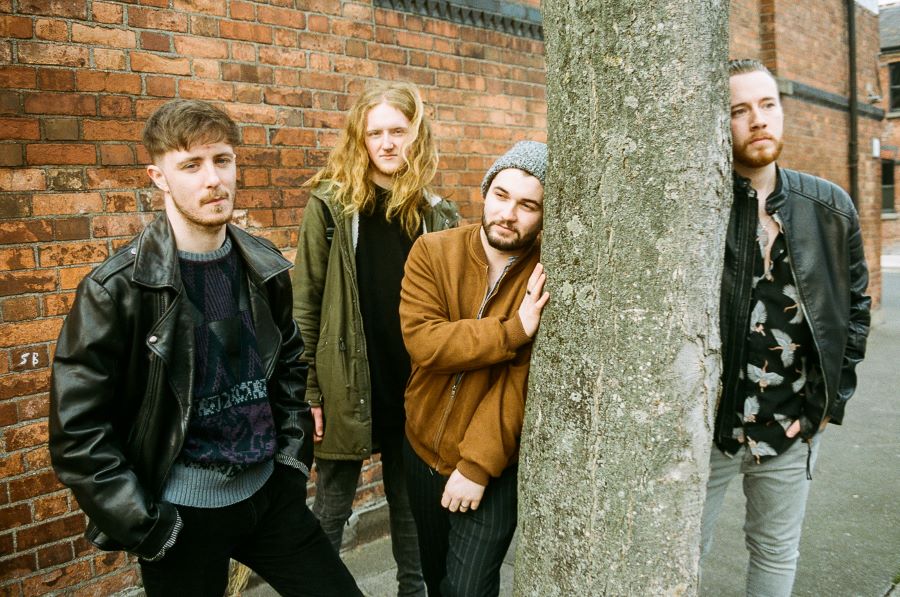 Songwriter and lead guitarist Dylan Keenan says: “The song is a rally cry against the hatred that the internet age has conjured up; the ability of people to participate in hate speech under the cover of anonymity. Angry little soldiers with ideologies built on insecurity. When you see far-right political leaders gain support across the western world and hateful attacks against minorities and racial groups at both a local and global level becoming the norm, sometimes it does make you worry if the schoolyard bullies have won? This is not happening a million miles away, it’s happening right outside our door.”

Bullet Girl are on an upwards trajectory. A seriously energetic live band, they blew the crowd away with at TiLT in The Button Factory, run by 98fm’s John Barker (Totally Irish). On the back of this, Aiken Promotions asked them to support The Mystrines (“The Liverpool group poised to be nation’s next fearless rock gang.” – NME) at Eastbound Dublin. This show has been postponed due to pandemic restrictions but is rescheduled to go ahead on Thursday, 24th September at The Workman’s Club, all things going well.

There’s no denying that Ireland’s post-punk scene is thriving at the moment. While Bullet Girl would seem to slot nicely into this narrative, it would be wrong to dismiss them as copyists.

Four lads in their early 20s from north Dublin, they are all self-taught musicians. As lifelong friends, lead singer Aaron and guitarist Dylan started making music together at the tender age of 14. They would practice in Aaron’s shed, surrounded by his dad’s painting supplies. The two bonded over a love of Surfer Rosa and Doolittle and channeled drive and determination into making music that punched hard.

After several incarnations of the band down the years, they have certainly achieved that. Channeling but not replicating their influences like Pixies, The Fall and Girl Band, Bullet Girl write unfiltered songs about what they know: drugs, dodgy nights-out, fights and turbulent relationships all set against the backdrop of their hometown.

‘Hatred’ is Bullet Girl’s fifth single, with an album planned for later this year.