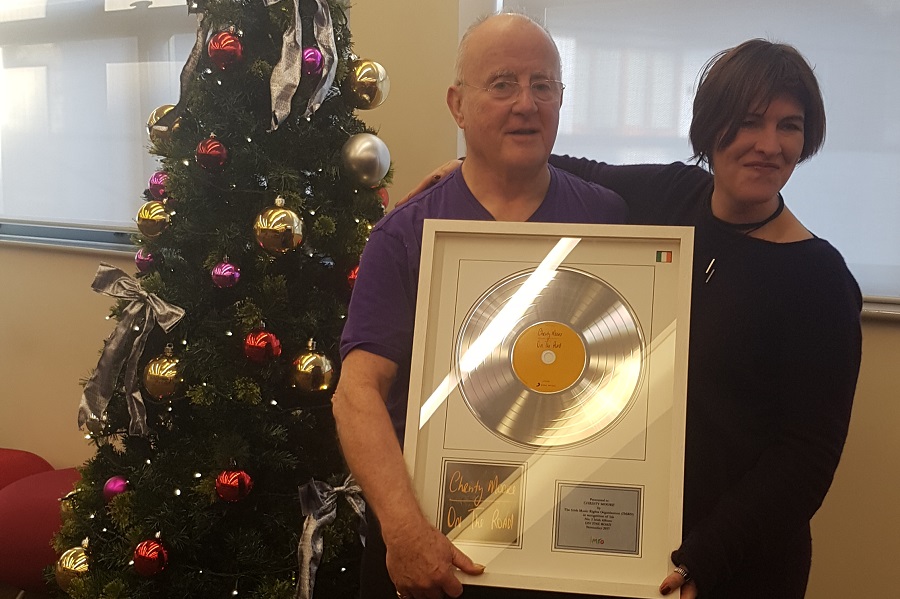 IMRO was delighted to present songwriting legend Christy Moore with an IMRO No.1 Award today in recognition of his recent number 1 Irish album ‘On The Road’.

The IMRO No.1 Award was introduced to acknowledge IMRO members who reach the top of the album charts here in Ireland.

Featuring 24 songs across two discs from the last 3 years, ‘On The Road’ is the collection of songs that Christy has made his own through more than 50 incredible years of live touring.

Recorded in venues from London to Westport, and from Glasgow to Galway, the album features new song, ‘Lingo Politico’, as well as many perennial live favourites.

This is the first time all of Christy’s biggest songs have been available on one album.

“I have been fortunate to gain many new listeners over recent decades. Many enquire about a collection of the most popular songs. With that in mind, I have taped all gigs over the past three years. From these recordings I have chosen 24 tracks from 17 different venues around Ireland and the U.K. It’s been a fulfilling project, comparing different versions, hearing old songs with new arrangements and different musicians. It’s a great buzz for me…. to have such great listeners, to be still out here ‘On The Road’”.