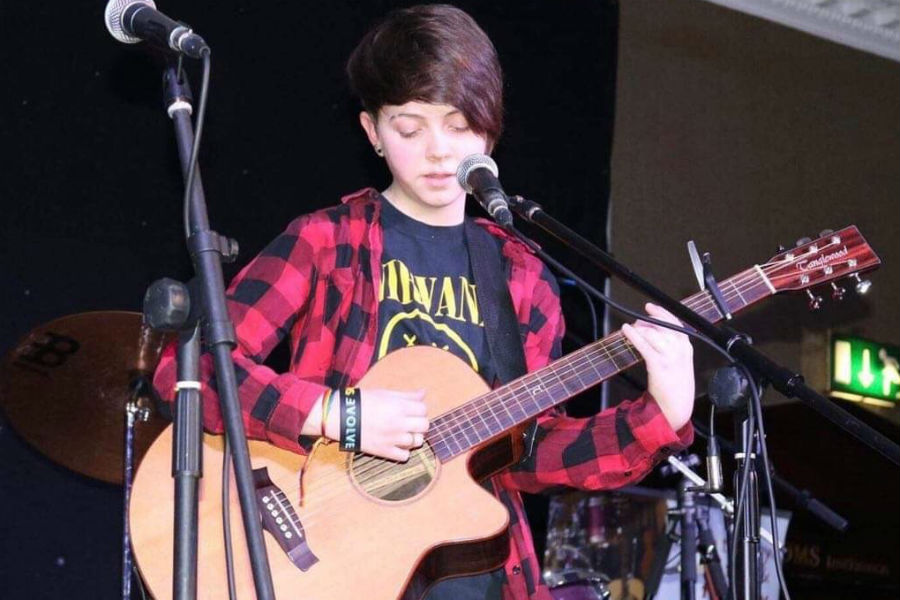 Ciara McNally singer/songwriter from Carlow was announced as one of the finalists in the 2018 International Songwriting Competition (ISC) for her original song ‘Complicated’ penned at the tender age of 12.

The ISC is an annual song writing competition held annually in Nashville. Every year the competition attracts entries from thousands of songwriters worldwide.

Ciara, a student of Mike Hennessey Guitar/Drums School took a real interest in learning to play guitar before the age of 12 and in a matter of weeks became a very accomplished player. She then started to sing many of her own self composed songs. Ciara is passionate about her singing & songwriting and hopes to follow in the footsteps of her many favourite artists such as Dodie, Declan McKenna, Years and Years and Orla Gartland. In 2018 she was delighted to record a song with singer/songwriter Luan Parle at the KCLR 96FM studios which she wrote during one of Luan’s songwriting workshops. She has since learnt how to play an array of instruments including keyboard with teacher Mary Hennessy.

With a naturally beautiful voice, the talented 14 year old has composed over forty songs.