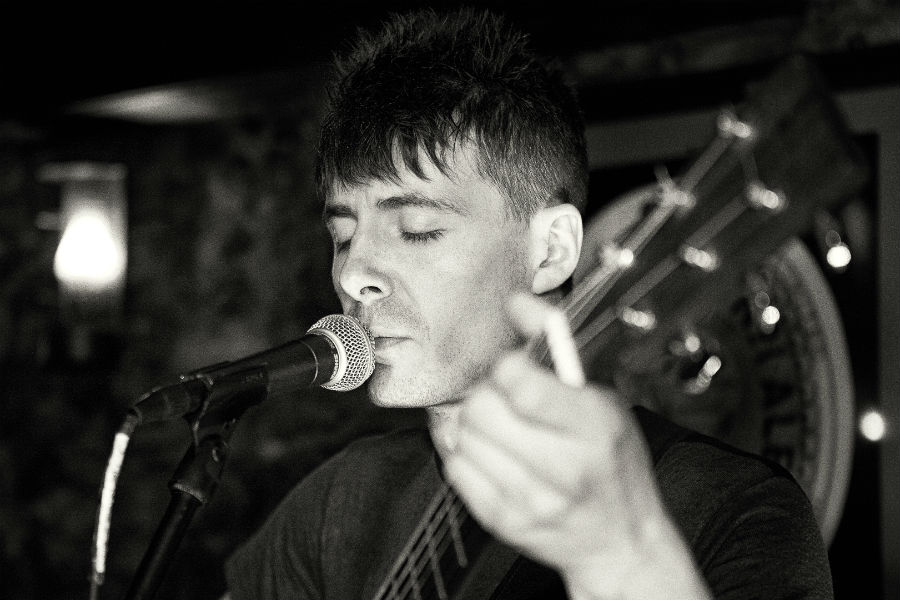 Dublin based musician Clifford spent much of 2019 working on his latest album ‘Lines Of Desire’. The title and concept is inspired by desire lines, which appear in nature whereby one follows their own path and abandons paradigms and conventional routes. For Clifford, who doesn’t mince his words, “this is a concept that greatly appeals to me. I’ve been creating music in an array of genres for years and been involved in the industry game and circus for a long time. There’s a number of moochers and cannibals who are too consumed by the more contrived facets of the industry away from the music, which at this stage of my life I find simply nauseating. This album is about creating work that is true to me and appeals to me regardless of how it’s received or how much traction it gets. This aesthetic represents my desire to embrace the styles that have inspired me throughout my musical journey. This album is all about responding to impulse and trusting intuition’“

‘Open Fire’, which is an intimate and brutally honest song engineered and mixed by Ian Flynn, is the first track to be released off the songsters forthcoming LP. According to Clifford, “with great sadness comes the great potential for creation. People are complex, love even more so. Tragedy is ubiquities so having music as an outlet to express myself and understand the world I occupy is imperative when attempting to pull myself out of the darkness.”

The video was filmed by Greg’s father Dave in Sun Studio (Temple Bar, Dublin). Greg and Dave go by the name Clifford Clifford Productions and create videos regularly for musicians and spoken word artists, as well as having a number of corporate clients. Their biggest project to date was the Back to Basics Tour Documentary (released Nov 2018) that tells the story of Greg, Barry Jay Hughes and Ian N Brennan embarking on a self funded and booked DIY tour of Ireland. During the tour the musicians took on 17 shows in 21 days. The documentary is an authentic insight into being an unsigned and independent artist in Ireland battling against the stress and strain of the unsustainable music industry. The documentary is available to stream on YouTube.