Composing the Island: Five Decades of Music for Guitar 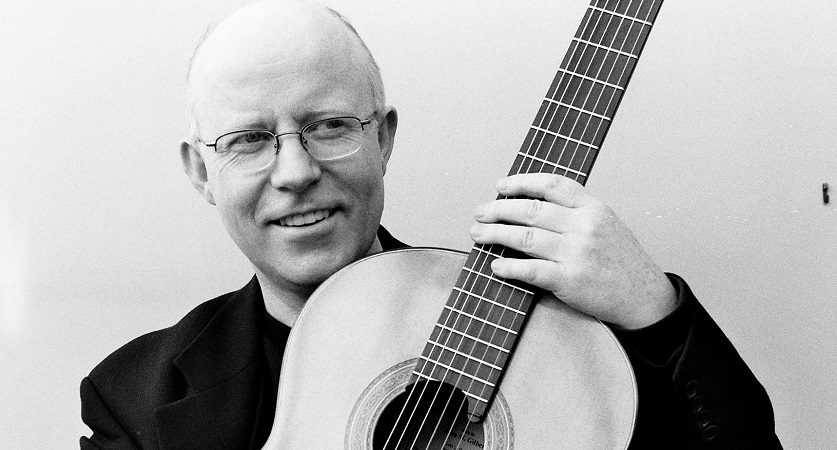 Waterford-born composer Jerome de Bromhead’s Gemini is the first modern Irish work for classical guitar. It was composed in 1969 and premiered by the composer at the Royal Irish Academy of Music the following year.

Guitarist and composer Andrew Shiels’ programmatic work The Voyage of Maeldún is based on a 10th century Irish legend and won an award at the Stroud International Festival.

Dublin-born Mary Kelly was a pupil of James Wilson. Shard was first performed in 1988 by Simon Taylor at the Hugh Lane Municipal Gallery.

A prolific composer and founder-member of Aosdána, Frank Corcoran has been Professor of Composition at the Hochschule für Musik in Hamburg since 1983. His works have been performed extensively in Europe and the US.

Major Irish composers Brian Boydell and John Kinsella each contributed one work to the Irish guitar canon and both were first performed in 1974, Boydell’s Three Pieces being premiered by the celebrated German guitarist Siegfried Behrend at the Dublin Festival of 20th Century Music.

Greg Caffrey studied at Queen’s University Belfast. His guitar music has been recorded by the celebrated Australian guitarist Craig Ogden.

Philip Martin’s Due Angeli dates from 1992 and Jane O’Leary’s Four Pieces was premiered the following year by John Feeley in North Carolina.

John Buckley’s two sonatas represent a significant contribution to the instrument’s repertoire. Sonata No.2 was also premiered by John Feely, in 1999.

Composing the Island: A century of music in Ireland 1916 – 2016
Sponsored by Bord na Móna and presented by RTÉ and the National Concert Hall as part of RTÉ 1916 and Ireland 2016.