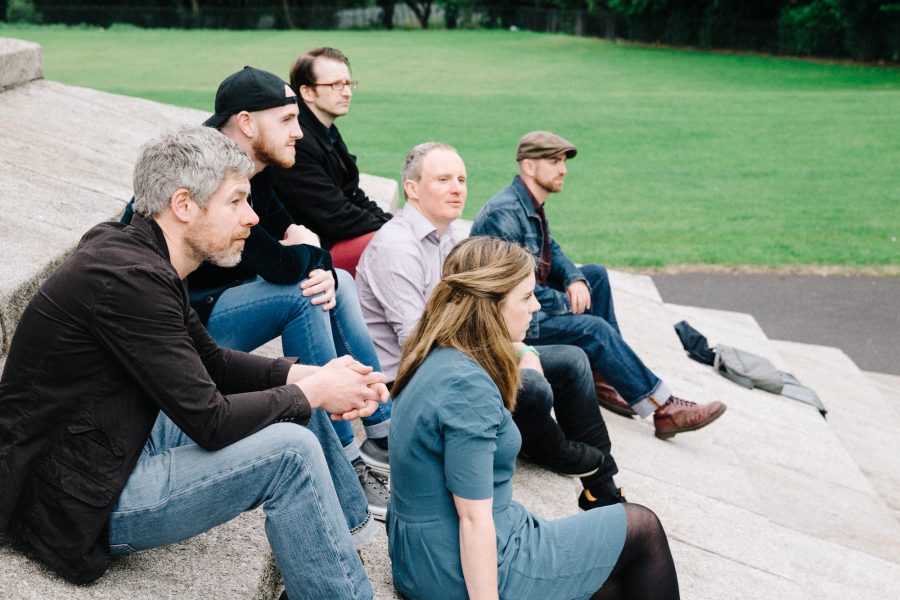 Dublin-based 6 piece, The Crayon Set, specialise in upbeat, alternative pop using a diverse range of instruments with an array of singers and vocal harmonies.

The band released their self-titled debut album in April 2013. It was co-produced by Nick Brine (Teenage Fanclub, Super Furry Animals) and was critically well received. Single ‘No.1 Fan’ received airplay on Today FM and BBC Radio 6 amongst other stations. Several tracks appeared on Irish TV.

The band have just finished recording their follow-up album, ‘Lost Languages’, with producer Gavin Glass. It is scheduled for release on 10th October 2017. The album is a move away from the indie pop of their debut and is in part a homage to many of their favourite ‘Americana’ artists – “Tom Petty on LSD” is what they had in mind when entering the studio. The songs seem to deal with a number of interlocking themes: growing up in Ireland, trying to make sense of modern life and relationships, dealing with changes and failures, love and loss, identity, communication and expression.

“Looking back now the songs deal seem to deal with a number of interlocking themes: growing up in Ireland, trying to make sense of modern life and relationships, dealing with changes and failures, love and loss, identity, communication and expression.

The album was also partly our attempt – an Irish Indie Pop band – at making an ‘Americana’ album. To this end we asked our producer Gavin Glass to help make us sound like “Tom Petty on LSD”. We embraced the sound of lots of the ‘Americana’ artists we’ve loved – The Band, Tom Petty, The Jayhawks, Springsteen, Drive-By Truckers, Wilco, Arcade Fire, Neil Young, My Morning Jacket, R.E.M. –  to see where this might lead. We were always open to taking some detours and to having some fun along the way.”

The band will be hosting a special launch gig in Bello Bar, Dublin on Saturday 21st October withore Dates to follow.