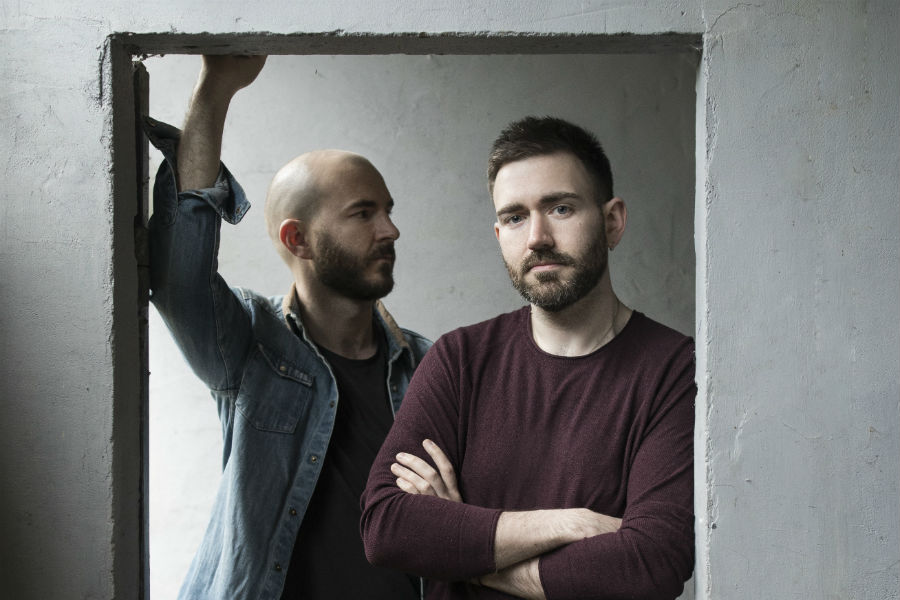 Haunting, passionate vocals reign supreme on ‘High’, over a deliberately stripped back production. Recorded live at Attica Studios, Donegal, this new track brings to record the live spirit which continues to earn the brothers new fans, and acclaim, both here, and abroad in Germany, where a growing audience are discovering their music.

“The nuances of a live recording are where the magic happens, especially with our type of songwriting. With ‘High’, we wanted to move away from a very polished sound. For us, this song is all about raw emotion, spontaneity, desire and that in-the-moment feeling. We wanted to capture the ‘in the room’ feeling”, says lead vocalist Richie. “Similarly, with the video, we wanted to make this ourselves, and execute a visual that resonated – uncompromisingly- with the emotion of the song.”

“The song concept is about being so consumed with a person that they take over your entire being, like a drug,” continues Jamie, “The perspective of that becomes relative to the listener of the song, and the viewer of the video – dependant on their interpretation, and personal experience. The concept of the video is to see that emotion, and mental state play out as the protagonist of the video – the woman – effectively observes the viewer. We felt this was a more powerful way to present the song, and it allows the lyrics to be interpreted in a way personal to you, regardless of you identifying more with the subject or narrator.”

Re-engaging the Cry Monster Cry fanbase last year with the single ‘Citadel’, the release brought the band around the country for radio sessions and re-introduced their sound to the nation. They subsequently decided to embark on a second tour of Germany, following a demand from their first outing in 2017. It gave brothers Richie and Jamie a chance to step away from the intense focus on the Irish music scene, and was a truly rewarding experience.

“It’s competitive in Ireland at the moment, as there are currently a lot of people trying to make a living from music. And it’s a small territory. It’s great for us to see a shift in the landscape, to see new sounds and genres emerging and growing. It’s healthy. Some of these changes have affected the radio, streaming & media landscape massively. There’s a lot to navigate, and it can be overwhelming as independent artists in the space. Playing live for us is our first love, so before we headed back out on an Irish headline tour, we were really enchanted by the idea of going back to Germany.”, says Richie.

“We introduced this new song, ‘High’, into our set when we played a string of dates in Germany. And the reaction was instantaneous & for us as songwriters, really overwhelming. People spoke to us after the show, asking if they could get the song online, if we were planning on releasing it. And it had been earmarked as one we both loved, but to see the reaction when it was played live cemented our choice for the next single. We had German fans drive 3 hours to come to the show. So we would love to try to head back later this year- when we have more new material released”, says Jamie.