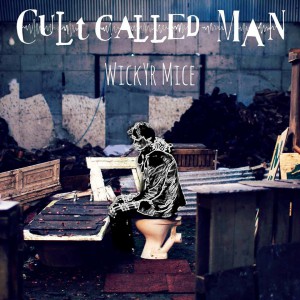 Meath band, Cult Called Man, have just released their latest single, ‘Wickyr Mice’. The single comes in advance of their second EP, ‘The Mr. Wednesdae EP’, due for release next month.

The concept behind the record centres on a character, Mr. Wednesdae, with lead-singer, Razmo, taking inspiration from the vocal stylings of retro kid’s cartoons in order to give the character his distinct voice. Throughout the record, Mr. Wednesdae relays his spiritual and modern day social commentary.

The band played a string of Irish festivals on the back of their debut EP, ‘Shoot Me (It’s Just TV)’ and were selected for the Guinness Amplify project. Having already taken to the stage at Whelan’s Ones to Watch earlier this month, and with gigs in The Spirit Store and at Guinness Live Stages next month, 2015 look set to be another busy year for Cult Called Man. Check them out on Facebook and Twitter.