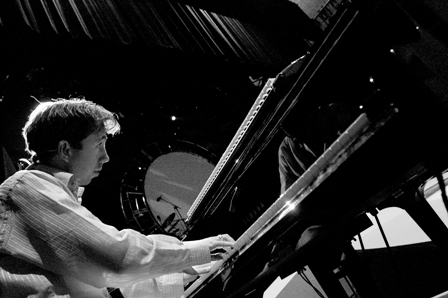 David Downes has received the distinct honor of an Emmy® Nomination for “Outstanding Music Direction” for his work on Celtic Woman’s most recent PBS TV special – Songs From The Heart, Live at Powerscourt House & Gardens. He acted as music director, orchestrator, arranger and composer of the special, which also resulted in a CD and DVD release. The television show was directed and produced by Alex Coletti.
David’s fellow nominees include Marc Shaiman for the 82nd Annual Academy Awards, David Foster for “Andrea Bocelli & David Foster: My Christma”, Sheila E. for “In Performance at the White House”, “The Kennedy Center Honors” for Rob Mathes and Rob Berman for the “Vancouver 2010 Olympic Winter Games Opening Ceremony”.
The ceremony will take place in the Kodak Theatre in Los Angeles in August 2010.
“This is perhaps the most prestigious award David Downes & Celtic Woman have received to date and it is well-deserved. Manhattan Records are extremely proud of the always stellar performances delivered by Celtic Woman as well as the tremendous effort the entire creative and technical team contributed towards making this TV special and related DVD such a huge success.” remarked Blue Note / Manhattan Records President Ian Ralfini.
The Emmy® nominated PBS TV special began airing in December as part of the network’s quarterly pledge drive, immediately yielding outstanding viewership results and demonstrating the extraordinary ability of Celtic Woman to transcend their performances from a live concert into a viewer’s home. Upon release in January 2010 the companion DVD debuted #1 on the Billboard DVD Music Video Chart. The visually stunning DVD also translates to the live concert stage in the Songs From The Heart tour.
Spotlight