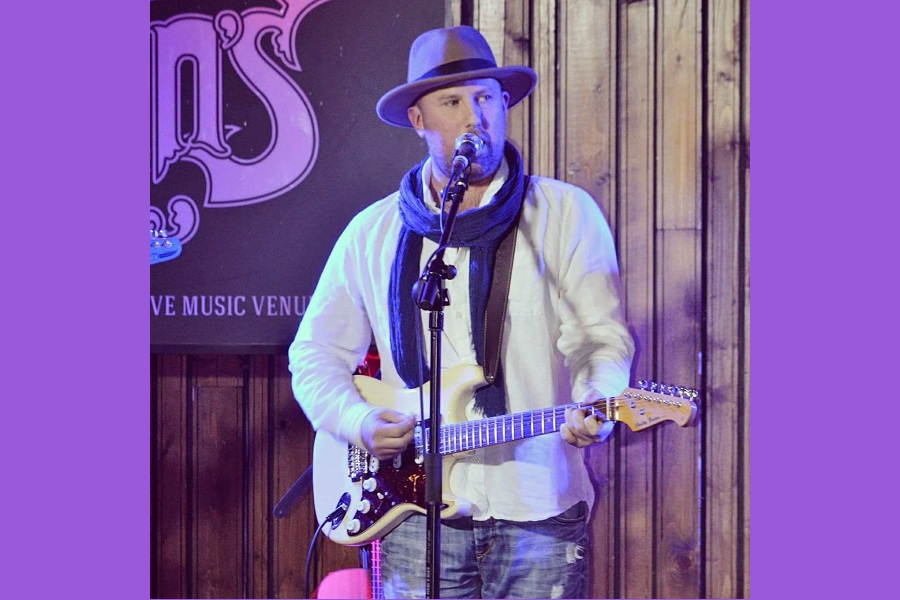 Davie Furey’s newest offering offering ‘Secret Light’ is something of a departure from his previous fusion of traditional folk and contemporary rock. ‘Secret Light’ is the first single from Davie’s forthcoming album and with it he maintains the essence of the energy and pulsing guitar riffs of previous records while infusing a heart-felt intensity and sincerity deep within the song. It is clear from listening to this track that Davie has drawn on a diverse cross-section of influences while crafting this transcendent sound that clearly deals with a medley of profound emotions. Talking about ‘Secret Light’ and what it means, Davie says ‘We are all longing, yearning, hungry for something or somebody. The song for me represents a cry or a calling, out in a sense. There is also a sense of certainty that the cry or call will be answered and may already be answered. The secret light isn’t a far away, elusive place, it is within you…and within the space of the secret light are the ones you call for. On another note the song is, and can be used for meditation. Using the candle as the secret light …. meditate on bringing those into the light with you . Are you ready for the light kid?’

Davie’s last release, an eleven track album entitled ‘Easy Come Easy Go’ was very well received in live venues across the country when he took it on tour, this high energy folk/rock/roots inspired show took to the road finishing the tour with a show in a packed Whelan’s in late 2016.  Since its release the album has already been showcased by RTE, BBC Radio and a number of other stations both home and abroad and resulting in a worldwide publishing deal with Universal Music.   Davie has already been nominated as best singer/songwriter by the Acoustic Yard Radio Show for 2016 and Best Newcomer 2016 by Pure M Magazine and nominated again for Best Male Artist 2017. Davie’s knack for telling a story through song and his ability to engage a crowd have won him support slots with the likes of Damien Dempsey, Josh Ritter, John Spillane and Luka Bloom.

Davie now returns this month with his newest single ‘Secret Light’, the first release from his forthcoming album. This will be the first of his releases in association with Downdaroad Productions featuring Dublin singer/songwriter, ELLYD. This latest release is an emotive ballad that illuminates Davie’s sincere vocal and talent for impassioned story-telling. Wonderfully produced by Martin Quinn in JAM Studios, ‘Secret Light’ is a soul-stirring number enhanced beautifully by Elly D’s sublime vocals, truly one of Davie’s best songs to date. You can catch Davie touring Secret Light and more material from his forthcoming album in 2017. Dates coming soon.

“An excellent piece of work from Davie” – Donovan

“An excellently produced album with very dramatic songs. Definitely one to watch out for!!” –   Phil Coulter

“Loved this album.  Davie has a very unique voice and will gather a large following very quickly” – Jimmy McCarthy

“I LOVE this album from Davie” – Jeremy Irons