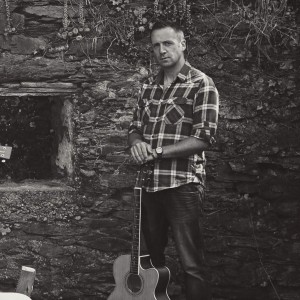 Bantry songwriter, Pa Curran, is set to release his debut album, “Poor Man’s Clothes”, next month. The album was written and recorded at Ocean Studios in West Cork with producer, Wayne Sheehy, and is set for release in July.

Pa has just completed a successful Fund-It campaign to contribute to putting the finishing touches on the album. The lead single, “Poor Man’s Clothes”, tells the story of valuing people over possessions, a theme that resonates throughout the album. Pa’s first single, “Unintentional Hero”, was a bittersweet success for him last year when it went straight to Number 1 in the iTunes chart, putting Hozier’s “Take Me to Church” at Number 2. The single was a dedication to Pa’s close friend and fellow musician, Taidhg Burke Neff, who died tragically in 2013 and donated his organs to save the lives of seven people.

Having supported Declan O’Rourke, Ian O’Doherty, The Original Rudeboys, Niall Connolly and The Calvinists, Pa set off on a tour of the US in 2014, the highlight of which was a gig at Rockwood Music Hall and the iconic “Scratcher Sessions”.

After the release of “Poor Man’s Clothes”, Pa will be heading back to the US for a short tour in August.

Pa has reached his target on Fund-It but there’s still a bit of time to show some support at http://fundit.ie/project/pa-curran-album–single-fundit-campaign.