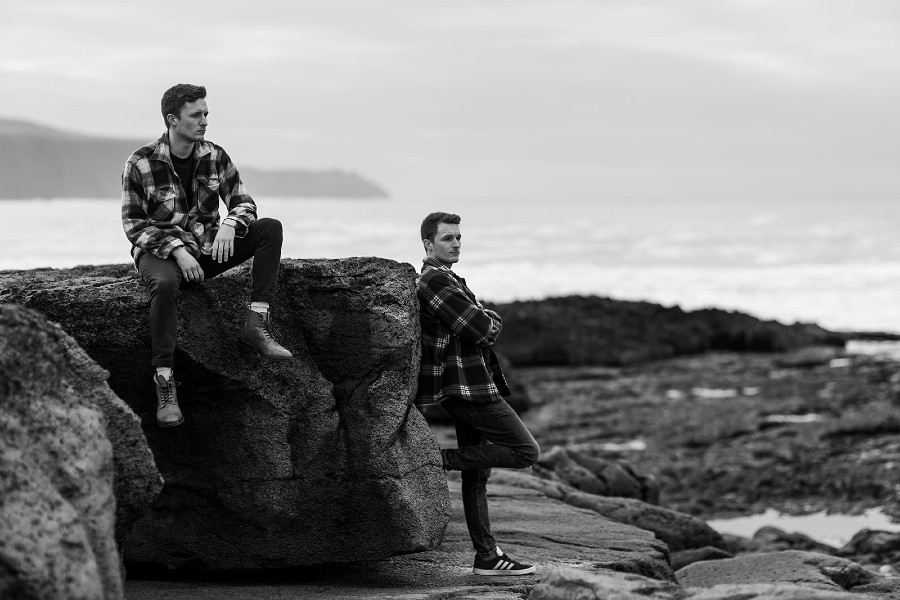 ‘Heroes And Villains’ is the first official single release for identical twins and singer-songwriter duo The Davies Brothers. Recorded live at Monique studios in December 2019 in County Cork, producer Christian Best has perfectly captured the integrity of this raw and honest piece.

The upcoming year promises to be an exciting one for The Davies Brothers, whose creativity flows easily at home in North West Clare, inspiring music and lyrics conveying experience beyond their years. Over the past couple of years, they have enjoyed performing original sets in pioneering music venues across the country, including Kenny’s bar Co. Clare, Coughlan’s, Co. Cork, The Roisin Dubh, Co. Galway and Mike the pies, Co. Kerry, as well as supporting well known Irish acts such as Mick Flannery and Hudson Taylor and a headline slot on the main stage of the IMRO short-listed Doolin Folk Festival.

Hailing from a small corner of the country that boasts a large, thriving music scene, The Davies Brothers have been majorly influenced by many artists that have close connections to the North West Clare area, such as Luka Bloom, Mick Flannery, The Walls, SON (Susan O’Neill), Steo Wall, Sara Ryan and many more. Their creativity flows easily, inspired by a somewhat rough and wild way of rural living, a difficult upbringing, relationships, loss and a unique perspective on life garnered from their time living in cork city.

They are currently gearing up for their first studio single release, ‘Heroes And Villains’ live at Monique Studios, due to be released on the 4th of December 2020 and eagerly anticipating their E.P. release in spring 2021.