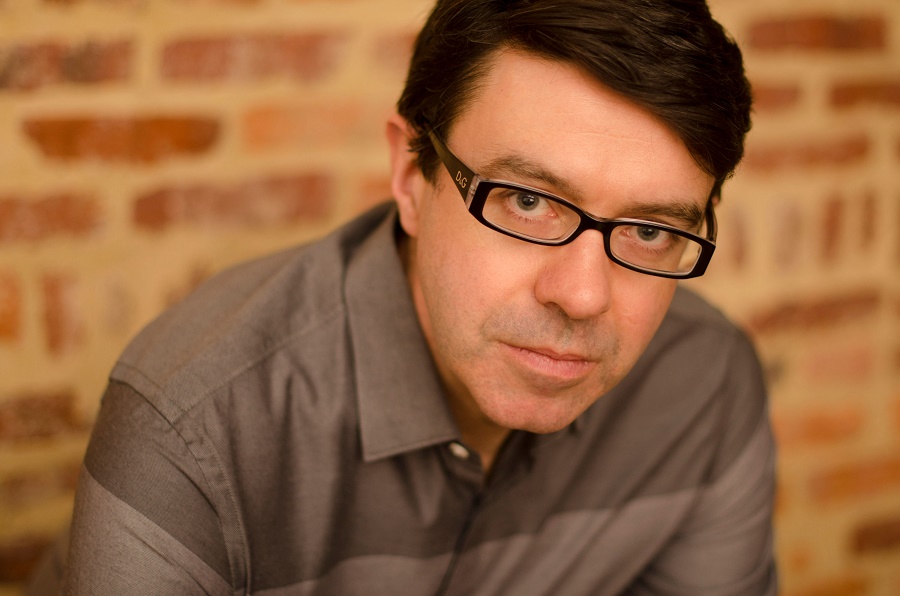 Donnacha Dennehy’s ‘The Hunger’—out August 23, 2019 on Nonesuch Records—explores Ireland’s Great Famine. Performed by Alarm Will Sound led by Alan Pierson, soprano Katherine Manley, and sean nós singer Iarla ÓLionáird, the libretto draws from first-hand accounts by American humanitarian Asenath Nicholson. ‘The Hunger’ is available to pre-order from iTunes and the Nonesuch Store, where the album track ‘Black Potatoes‘ may be downloaded instantly.

As Dennehy explains, “The Famine was a topic I had wanted to address in my music for a long time. Only when I discovered Asenath Nicholson’s ‘Annals of the Famine in Ireland’, published in 1851, was a route unlocked for me. Her astonishing first-hand accounts became the piece’s main narrative thread. She made the arduous journey from the U.S. to Ireland, when countless others were going in the opposite direction, and traversed the entire country, often on foot, and often staying in the homes of the suffering, in order to chronicle the conditions of starving Irish people.”

He continues, “To counterpoint Nicholson’s perspective, I invented an elderly Irish character, written for Iarla Ó Lionáird. The sense of how incapable bureaucracy is at dealing with a quickly transforming crisis, and how that bureaucracy can be used as a screen for being unfeeling, is implied by the narrative that Asenath tells of the old man’s dealings with the hunger relief station, and the way the music surges and fades, embodying the old man’s Sisyphean task.”

‘The Hunger’ has been performed as a staged “docu-cantata” in venues including BAM and the Kennedy Center. In September, Alarm Will Sound performs a concert version of the piece at Princeton University, where Dennehy is on faculty; Kaufman Music Center’s Merkin Hall in collaboration with Irish Arts Center NYC, as part of Ecstatic Music’s tenth anniversary season; and at Boston’s Jordan Hall at the New England Conservatory for a performance in partnership with Oxfam America. Details may be found at alarmwillsound.com.

The European premiere of the work will run in Dublin from August 19th -24th at The Abbey Theatre, directed by Tom Creed.

Iarla O’Lionáird has carved a long and unique career in music in Ireland. From his iconic early recording of the vision song ‘Aisling Gheal’ as a young boy to his ground breaking recordings with Dublin’s Crash Ensemble he has shown a breadth of artistic ambition that sets him apart in the Irish Music fraternity. He has worked with a stellar cast of composers internationally including Nico Muhly, Donnacha Dennehy, Dan Trueman, Gavin Bryars, and David Lang and he has performed and recorded with such luminaries as Peter Gabriel, Robert Plant, Nick Cave, and Sinead O’Connor. O’Lionáird previously performed on Nonesuch’s 2011 release, Donnacha Dennehy’s ‘Grá Agus Bás’.

Katherine Manley studied at the Royal College of Music, London. Her early career had great success in baroque and classical repertoire with Handel in particular. She later went on to develop a reputation for her exploration of the contemporary repertoire, including world premières by Michel van der Aa and Donnacha Dennehy. Manley has also performed in the musicals of Rodgers and Hammerstein and Lerner and Loewe to critical acclaim, including performances in the UK, France, and the US.

Alarm Will Sound is a twenty-member band committed to innovative performances and recordings of today’s music, gaining a reputation for performing demanding works with energetic skill. The group’s performances have been described as “equal parts exuberance, nonchalance, and virtuosity” by Financial Times and as “a triumph of ensemble playing” by the San Francisco Chronicle. The New York Times has said that Alarm Will Sound is “one of the most vital and original ensembles on the American music scene.” Nonesuch previously released the ensemble’s 2009 album ‘a/rhythmia’.

Alan Pierson has been praised as “a dynamic conductor and musical visionary” by the New York Times. In addition to his work as artistic director of Alarm Will Sound, he is principal conductor of the Dublin-based Crash Ensemble; has served as artistic director of the Brooklyn Philharmonic; and has acted as a guest conductor for the Los Angeles Philharmonic, Chicago Symphony Orchestra, London Sinfonietta, Orchestra of St. Luke’s, Steve Reich and Musicians, Ensemble Connect, Tanglewood Music Center Orchestra, New World Symphony, and Silkroad. Pierson’s previous Nonesuch releases include Donnacha Dennehy’s Grá Agus Bás (2011) and Alarm Will Sound’s a/rhythmia (2009).