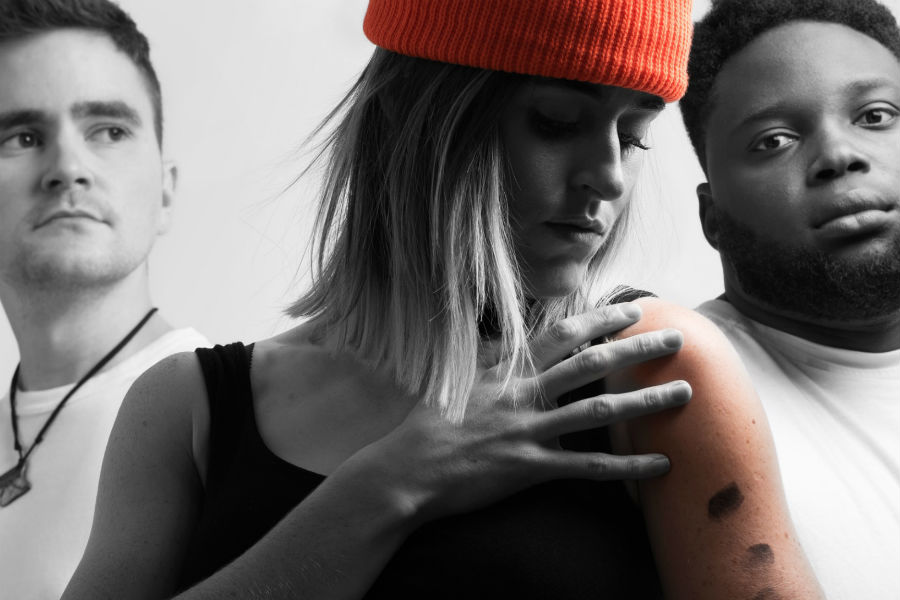 On the 29th of November 2018, three piece Ambi-Groove band Dreaming of Jupiter will release their debut EP ‘Fading’ in the The Button Factory, Dublin. The EP will reveal the music the trio have been working on for the past year and will include four tracks. During the show, the band will be joined by renowned Dublin-based visual artist and NCAD graduate Jessie Hopkins, who will create a work of art in real-time with the band on stage during the live performance of the EP title track ‘Fading’. Jessie uses full body participation in the creation of her work, using the music as her muse, her painting will manifest as a visual representation of the energy shared between her and the band during their performance of the song. The performance will lead to the creation of a one-off very unique painting, a visual representation of the energy of the show.

The track itself, ‘Fading’, is a dark, electro-pop anthem with a strong groove presence and deep textural palette, reminiscent of the likes of Massive Attack and Little Dragon, with a dark soulful twist. The lyrics, which float between English and Spanish, deal with various themes including memory, grief, self-worth and sexuality among others.

Other tracks on the EP include releases from this year ‘Let Me Down’ and ‘Right Kind of Love’. Both tracks received very positive critical reviews from the likes of Ireland’s Nialler 9 Blog and the UK’s Clash Magazine, who when reviewing Dreaming of Jupiter made the following statement:

“Dreaming Of Jupiter seem to make each step count. The rising trio have a soulful sound, one matched to effervescent pop and an ability to side-step trends. Carving out their own path, each new release represents a step forward, with Dreaming Of Jupiter continuing to excel.”

The fourth and final track from the EP will be ‘Solace’ – a melodic and melancholic slow-jam which deals with the release and peace creativity gives an artist when dealing with loss and grief. The band regularly make reference to the solace they find through composition and performance – ‘no matter what goes right or wrong in life – music will always be the creative outlet that brings us back to life, it gives us purpose, it helps us uncover who we are, what we are feeling and how we deal with living’.

Having worked with staff and students from Dublin’s Sound Training Centre for the Searchlight Showcase back in early 2018, Dreaming of Jupiter have collaborated with a team of professionals to create a visually stunning show for ‘Fading’, including top of the line lighting and visuals for the production.