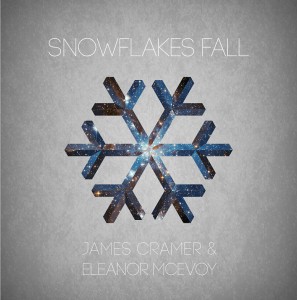 A recent writing collaboration between James Cramer, lead singer and song writer with folk/roots band Tupelo, and Eleanor McEvoy has resulted in a new Christmas song called ‘Snowflakes Fall’ to get you in the festive mood.

The original track came out of a writing session after other songs had been written and the last idea for a song was floated. The last minute idea caused some nights without sleep for both artists in its creation but has turned into what is set to become a Christmas standard.

The track is released on 12th Dec on Crashed Records and Moscodisc and is available to pre-order from iTunes here:

Take a look at the beautiful new video for ‘Snowflakes Fall’, directed and produced by Patrick Murphy and shot on location at The Lighthouse Cinema.