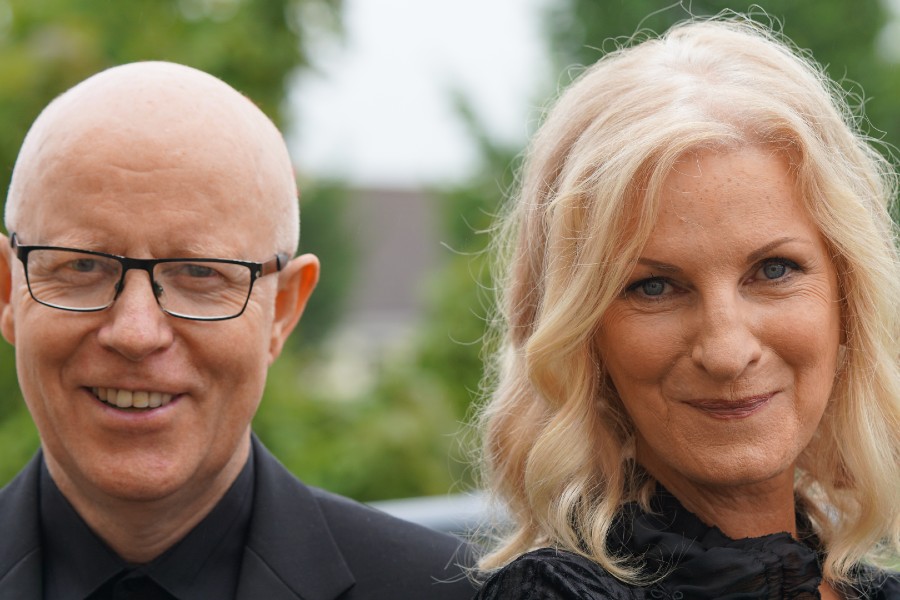 Eleanor and John are now thrilled to present you with the lead song from the album, the title track, ‘Cancion de Amor’.

Recorded in the beautiful Meelick Friary nestled next to the River Shannon in Eyrecourt, Co. Galway, ‘Cancion de Amor’, the album by Eleanor Shanley and John Feeley is scheduled for release on Friday December 12th.

The thirteen-track long play features so many beautiful songs including the Brendan Graham original, ‘Cancion de Amor’, which also gives the album its title. This song was gifted to Eleanor and John and they are privileged to be the first to release it. Eleanor remembers, “We both fell in love with ‘Cancion de Amor’ on our first listen and were thrilled when Brendan gave it to us for the record. John is our country’s finest classical guitarist and we both believe ‘Cancion de Amor’ is perfect and indeed enhances our creative partnership on this record.”

Brendan Graham says, “I am very excited about this, my first recording by Eleanor, whom I’ve long admired and in tandem with the brilliant John Feeley, whom I know from my youth in Ballinasloe.”

“The lyrics are to a tune by Tim McCarrick, a dear friend from Pennsylvania, who loved Ireland and Irish music. Tim sadly passed away in December some years back but I’m sure he is casting a listening ear to this beautiful recording of our song. Eleanor and John have graciously dedicated their recording of ‘Cancion de Amor’ to Tim’s memory, while according us the honour of making it the title track to the album also.”

Together with the title track, ‘Cancion de Amor’, the album features many other original songs including Bernadette McMahon’s glorious ‘Child Of Mine‘ and the divine ‘Sand and Water’ by Beth Nielsen Chapman together with some newly composed pieces of music by John, including ‘The Cloths Of Heaven’ and ‘The Immigrant’s Song’. Others including ‘Siúil A Rún’, ‘My Bonny Light Horseman’ and ‘Dumbarton’s Drums’ John and Eleanor arranged together. The ConTempo String Quartet also feature strongly on this album. Known so well not only in Ballinasloe and Co. Galway but also nationally, this quartet enhances this album’s beautiful sound.

Eleanor and John share a meeting of musical minds, loves and styles and out of this has come ‘Cancion de Amor’. It is a privilege to now be able to have this beautiful body of work born out of a unique and very special collaboration.

‘Cancion de Amor’ will be available to buy from iTunes and also via mail order from both eleanorshanley.ie and johnfeeley.ie More information on sales outlets and other details will be announced soon.

The release of ‘Cancion de Amor’ (the album) is made possible with the support of The Department of Tourism, Culture, Arts, Gaeltacht, Sports and Media.