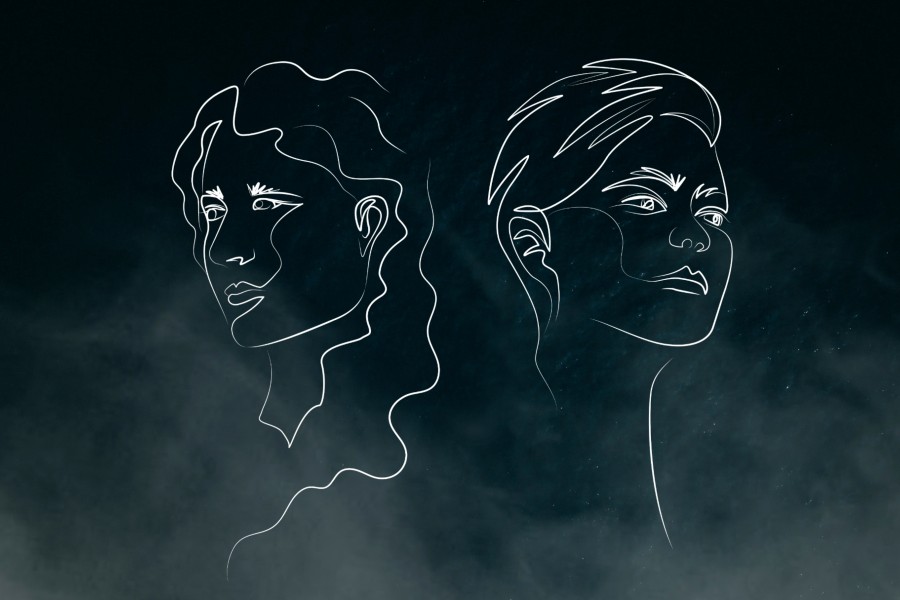 Elina says, “Fascination with the concept of ‘Lying’ inspired the song. So much of our lives, on a small and large scale, with how we relate to ourselves and each other, is based on lies. The lies we tell ourselves to get by, the lies we tell to either harm or protect each other.”

Claudia says, “My verses narrate the story of a relationship that has had its many ups and downs but has ultimately reached its end. The verses reflect the turmoil and hardship that come with an unfaithful partner and the difficulties in coping with the heartache.”

Both queer and female artists, the pair met at at open mic in Dublin and hit it off. While sitting by the Molly Malone statue having the chats, Elina showed Claudia a voice memo she had of the guitar loop, while singing the hook overtop. A few days later Claudia sent over an absolutely fire first verse, and Elina was blown away by her ease of flow and lyrical style.

The song was recorded, produced and mixed by Kevin Brennan of Wavefarm Productions. It was mastered by Anton Graef-Weber.

Elina Filice is a rapper/singer/songwriter. Her music is soulful and melodic while being influenced by blues and spoken word. She is known for songs that defy genre and interactive live performances. Born to Canadian parents, Elina spent her formative years in Singapore before moving to Canada to attend University, and has spent the last three years in Dublin. Elina is also the founder of creative consultancy company Red Vine Music. Her previous release and musical video for single ‘Thinking Of You’ was met with widespread acclaim from dozens of outlets and major playlists.

Claudia Crampton is a rapper/spoken word artist from Greystones, Ireland. Claudia writes about the need for inclusion and diversity the world over. She strives to influence the world in a positive way through her writing. She is known for her quick and clever lyrical style, and has performed across Ireland, including BlueFire Street Fest and The Cúirt International Festival of Literature.