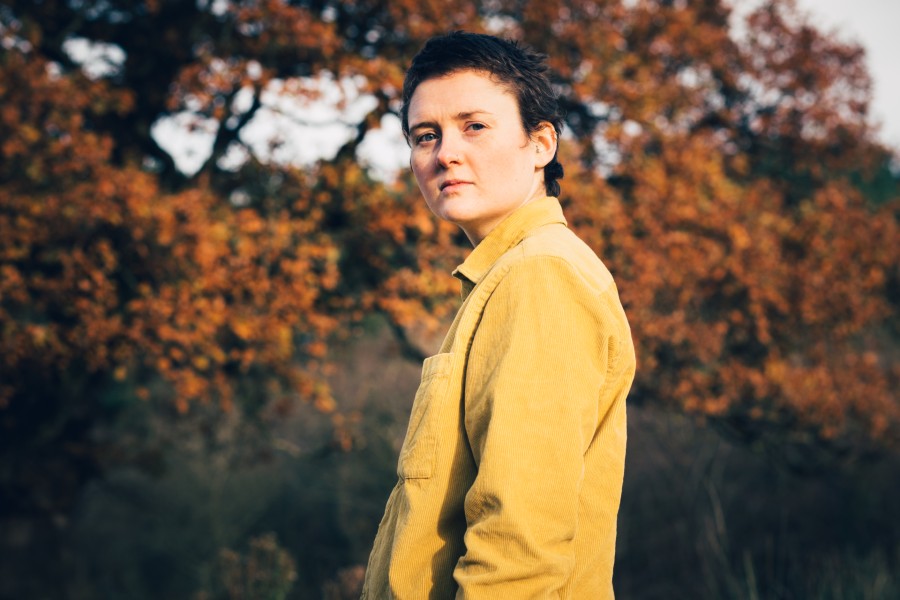 Ahead of her Folk Alliance International live debut in February 2021, Ireland’s most exciting nu-folk artist Dani Larkin is sharing news of her next single ‘Love Part Three’, released today Friday 12th February. This single comes from forthcoming album ‘Notes for A Maiden Warrior’, which is due for release during Bealtaine 2021.

‘Love Part Three’ is the third and final part in a series of tracks appearing on her album, that deal with various themes around love, heart ache and relationships. This conclusionary track contains themes of togetherness, and one that focuses on the importance of kinship when navigating the unknown – this single embraces the collective feeling of needing to pull together during hardships, and is a testament to the power of wildness in the transformation of love.

‘Love Part Three’ was written while Larkin was on an artist residency programme in Indonesia. Larkin had just finished two months on tour with percussionists KunoKini showcasing at festivals, such as Matasora World Music Festival and WeTheFest, and immersing herself in various facets of Javanese and Balinese culture through sound. It was in the final week of the programme when Larkin took some time out from the residency schedule that ‘Love Part Three’ emerged. It draws on the themes of love and longing, demonstrating how the ache of longing is one that can be soothed by introspection in wild spaces.

Hailing from the Armagh-Monaghan border, Dani Larkin is already being heralded as one of Ireland’s finest songwriters. Larkin has been creating music for several years, and is a well known face on the live circuit in Northern Ireland. A storyteller by nature, her music is inspired by the folktales she was raised with, intertwined with elements of traditional melodies and rhythms from around the world in a timeless tradition.

In 2019 she was awarded The Cathedral Quarter Arts Festival Artist in Residence and has supported Rufus Wainwright, Lisa O’Neill and Joshua Burnside. With notable performances at Ireland Music Week, Output, Other Voices Belfast and Ballina – she is an artist who has cut her teeth on the live scene. Following in the footsteps of these great artists, she is a must-listen for those interested in contemporary folk music, and is one of the brightest lights on the Irish folk scene currently.

Formerly DANI, there was a reawakening in this artist earlier in 2020 during a residency at the Tyrone Guthrie Centre in Annaghmakerrig. It was during this residency that she discovered the family name of Larkin. This name had disappeared when her maternal great grandmother, Elizabeth Larkin, married in the 1920s. After a conversation with her mother and grandfather asking to take on the family name, DANI became Dani Larkin; stepping into a newly defined sense of musical self and breathing life into a family name that vanished 100 years ago.

Family, place and belonging are hugely important in Larkin’s writing and can be heard woven throughout. Weekly Sunday evening musical gatherings were commonplace in her upbringing and created a strong base that hugely influences where she stands today.