To The End with Track Dogs 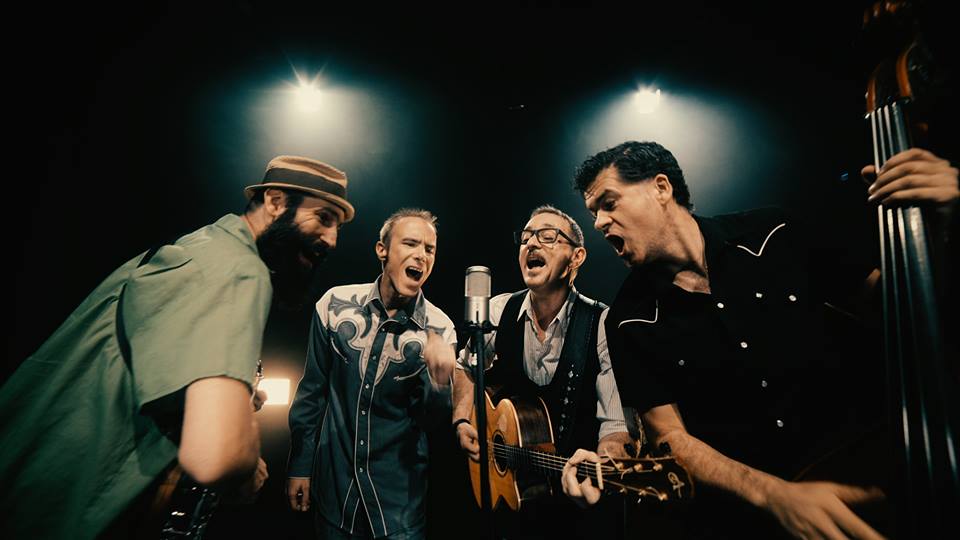 “To The End” is the current single taken from Track Dogs’ third studio album “Serenity Sessions”. It was the last song recorded for the new album and whereas many of the band’s other tracks feature four-part harmonies and multi-instrument arrangements the special thing about “To The End” is that it features the band’s classic line up of cajón, guitar, bass, trumpet and lead vocals. Sometimes less truly is more.

Lyrically the song deals with the theme of bullying, both school bullying but also bullying of the old and vulnerable. Within this it also addresses anti-war and anti-abuse sentiments. The official “lyric” video for the song uses strong images to convey it’s message along with the simple, yet direct words of the song.

“To The End is an instantly enjoyable, smooth start to the album. Brushed snares, light piano and soft, sleepy brass ease airily from the speakers while the warmth of Garrett Wall’s vocal charms the listener. To The End, though, is a sheep in wolf’s clothing. It’s like a gentle summer love song, but there’s a clever bite to those lyrics.” Folkradio.co.uk

Tags: To The End, Track Dogs